James received the Architects Registration Board of Victoria (ARBV) Professional Practice Award in 2013, and its Architectural Services Award in 2015.

James worked at Brisbane practice Richards and Spence from 2011 to 2012, and 2015 to 2019 at Content Studio in Victoria on primarily individual house, preschool, and kindergarten projects, and most recently Mill Park Library and Sunbury Community Hub.

James joined Blight Rayner Architecture in 2019 on relocating from Melbourne to Brisbane to both enrich our design depth and bolster our design development and documentation teams. James has continuously been a key design developer of our New Performing Arts Venue at South Bank. He was also a generator of the design competition proposal for Ho Chi Minh City’s new Theatre of Ballet, Symphony Orchestra and Dance in Vietnam. 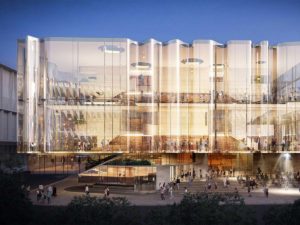 I love combining the creative arts with science and logic to solve complex problems and contribute toward beautiful and pragmatic spaces that will enrich the lives of users. I am particularly inspired by structures in the natural environment.