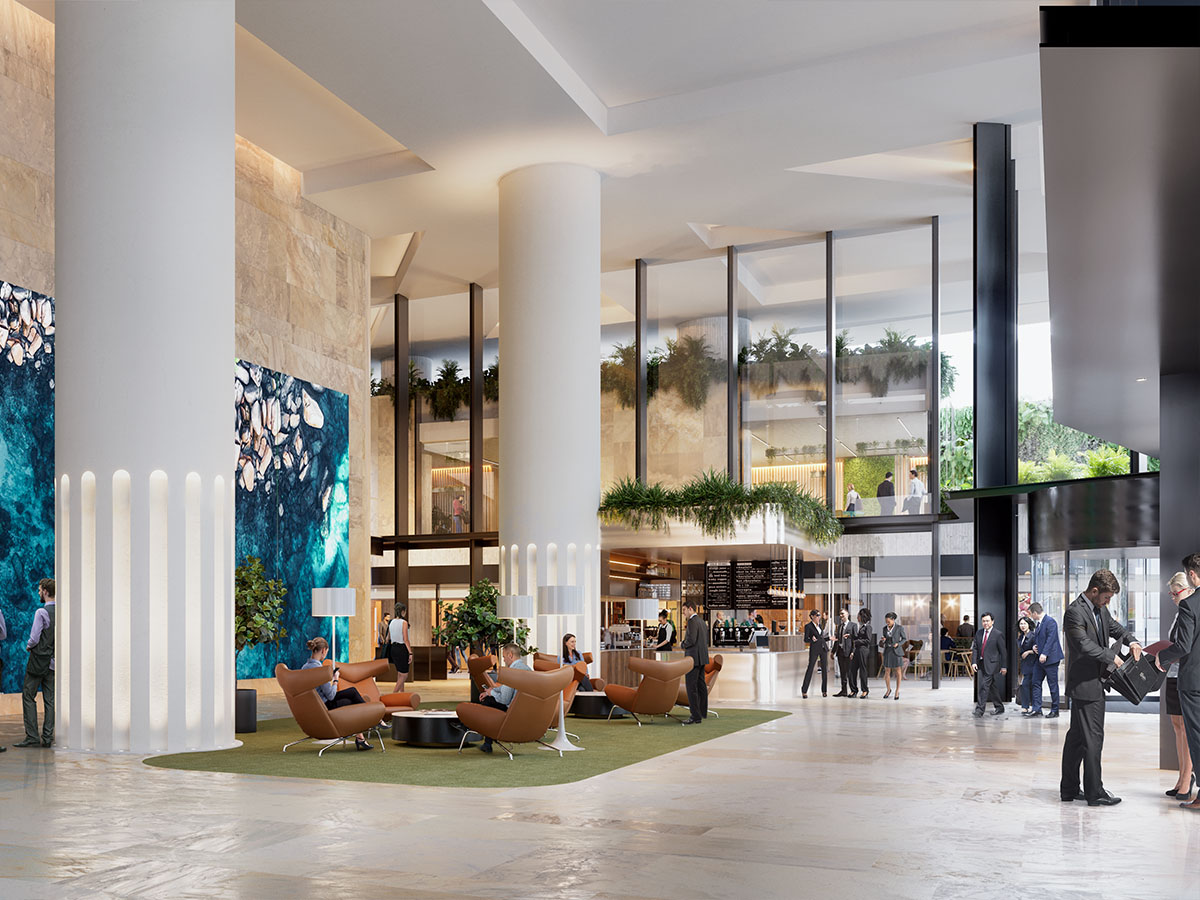 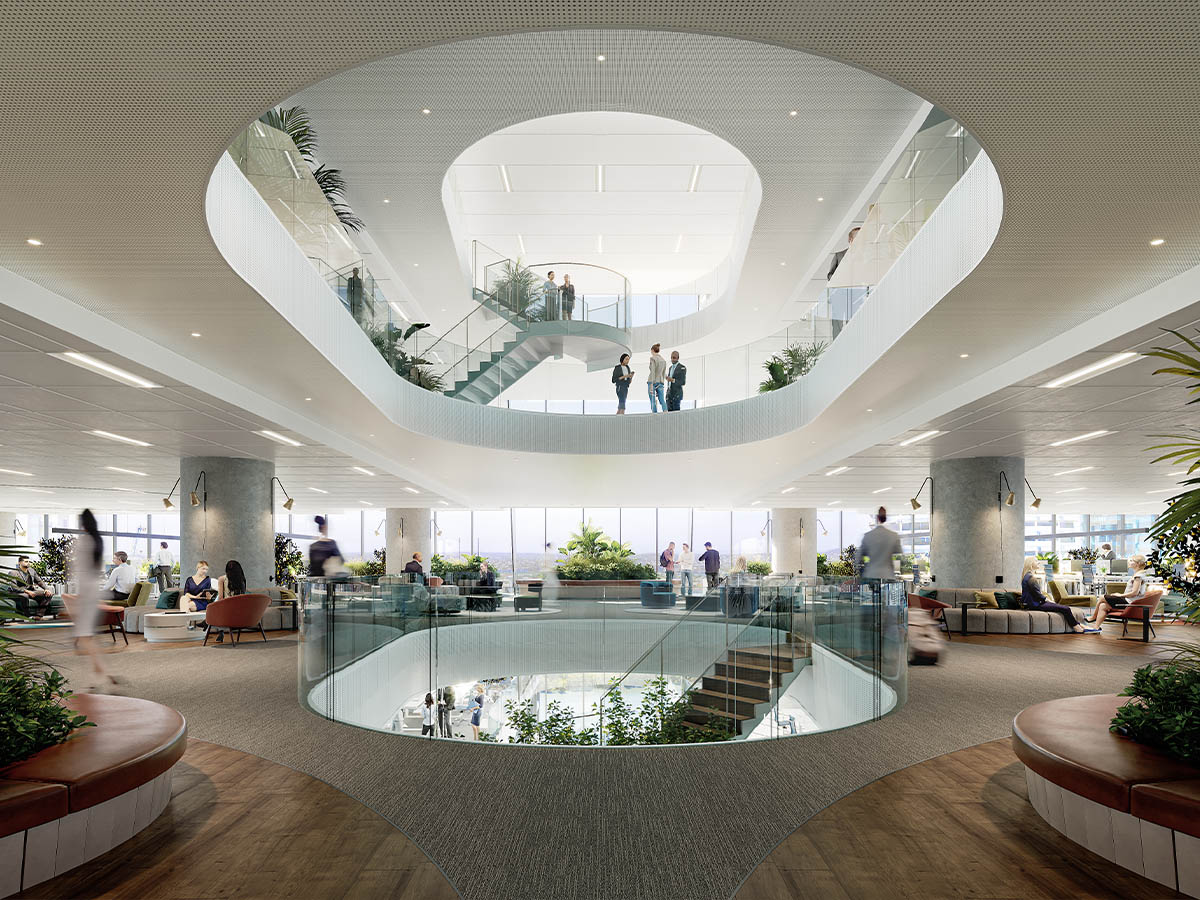 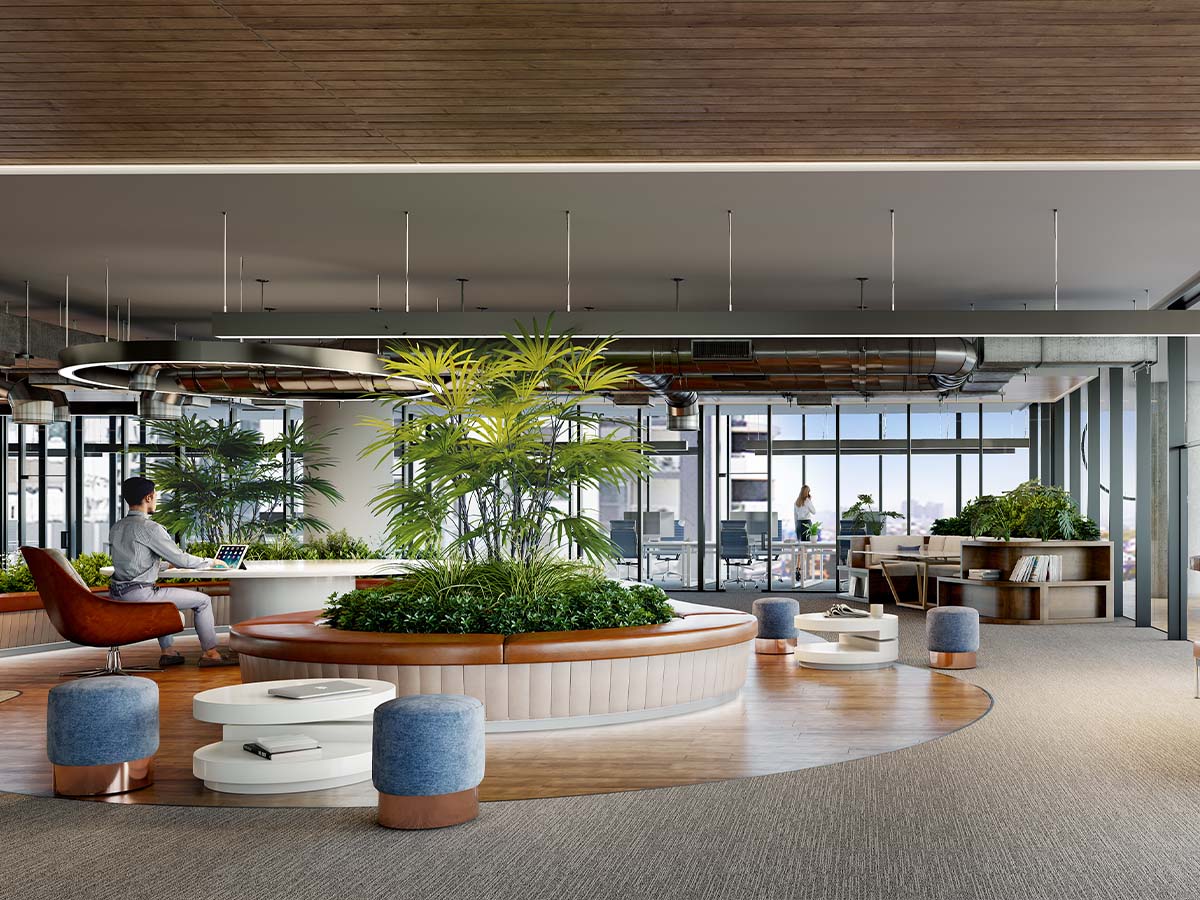 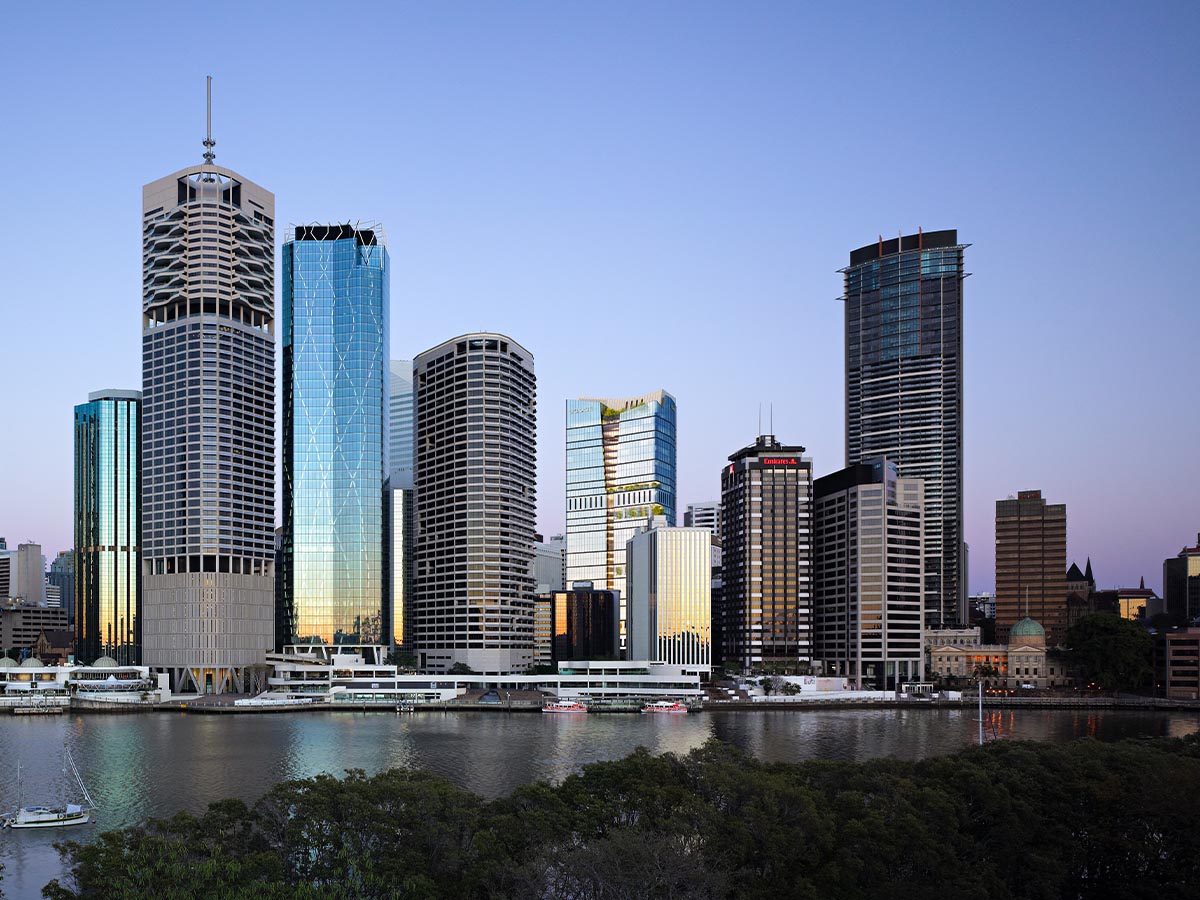 360 Queen Street is a proposed 28 level office tower over 5 podium levels. These levels are intended to comprise public uses (gymnasium, child care centre, cafés and restaurants) overlooking an atrium to be naturally ventilated.

An idea being pursued in conjunction with the scheme is a part closure to traffic of Queen Street in front of the building, enabled by the fact that the block’s servicing is via lanes behind the buildings. This strategy would extend the character of Queen Street Mall further along, it being Brisbane’s major public realm.

The atrium is designed to form a pedestrian laneway connection between Queen Street and existing lanes behind the building.

The tower design extends the notion of porosity up through its height, utilising a vertical aperture and intervening garden terraces culminating in a roof garden.