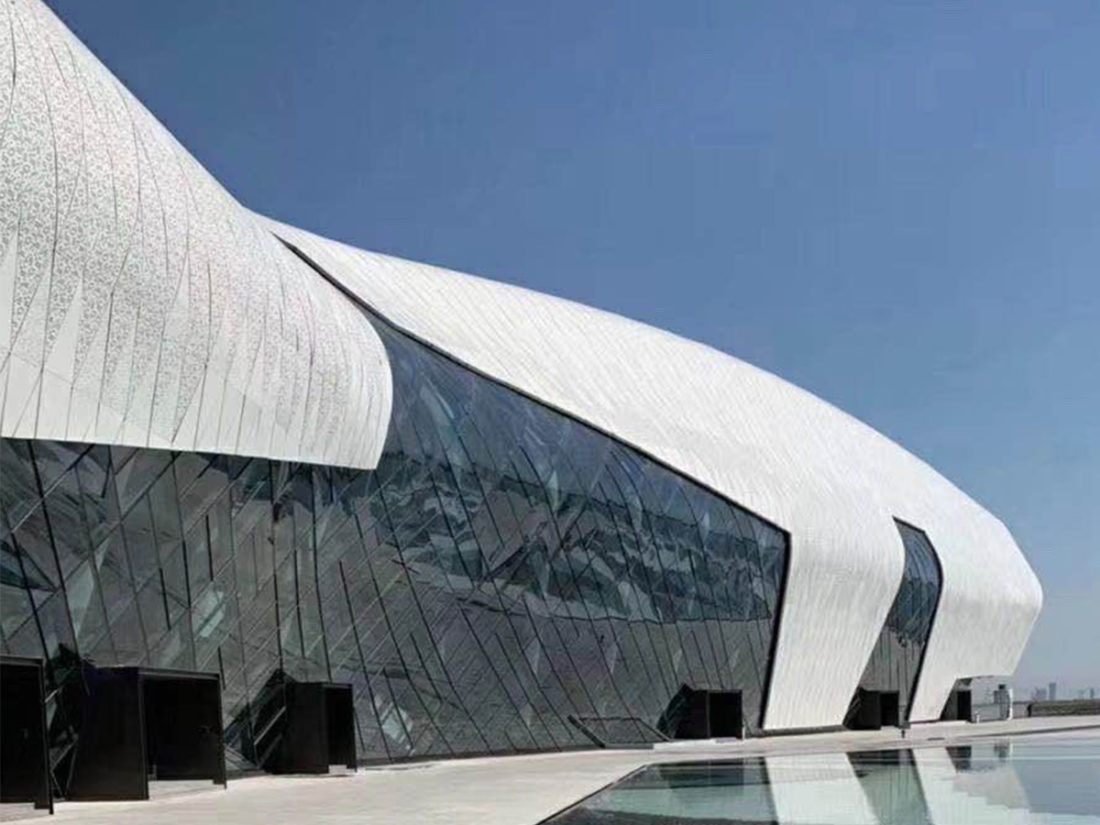 The National Maritime Museum of China has had its ‘soft’ opening in May 2019. It is the major project Jayson Blight and Michael Rayner were working on at Cox Rayner (now Cox Architecture) before leaving to start their own practice in late 2016 when it was in mid-construction.

It is a seminal project for Jayson and Michael because it risked, at international competition stage, departing from the then trend in China of ‘iconic object’ museums by articulating the functions into its distinct elements with courtyards and lagoons between them. This broke down the 80,000m2 building into a series of radiating pavilions that form a piece of ‘land art’ reaching out over the harbour edge.

Another purpose was to enable people to correlate the working harbour with history of maritime activity, and to orientate themselves in the museum. The radial pavilions converge into a focal interpretive hall. Directly below it is the Collections Stores and Laboratories, enable artefacts to be taken directly out to their destinations. All sorts of metaphoric images arose from the form – sea anemone, corals, jumping carp, conch shells, ships in a port, an outreached hand – but these were incidental to the idea of undulating the volumes to vary experience and scale of the spaces.