Peter Brown is an Architectural Graduate who gained his Master of Architecture degree from Bond University in 2017. He received numerous awards at university, including the Executive Dean’s List of Academic Excellence 2016, First-in-Class Research Analysis 2016, Soheil Abedian Certificate for Excellence in Postgraduate Studies 2016, Vice Chancellor’s List for Academic Excellence 2016, and Head of School Commendation for Higher Achievement at Griffith University 2012-15.

Peter joined Blight Rayner Architecture in 2018 following a year of employment as a Technical Officer in the Bond University Architecture Workshop where he supervised students and staff in architectural model-making, prototype assembly, wood machining and other fabrication technologies. 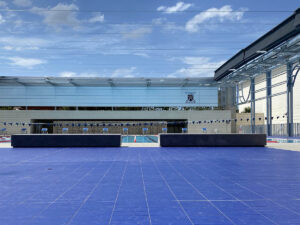 Architecture is ultimately a humanitarian pursuit. I am interested in the nature of our constantly changing society and how architecture can respond to meet new needs and challenges.