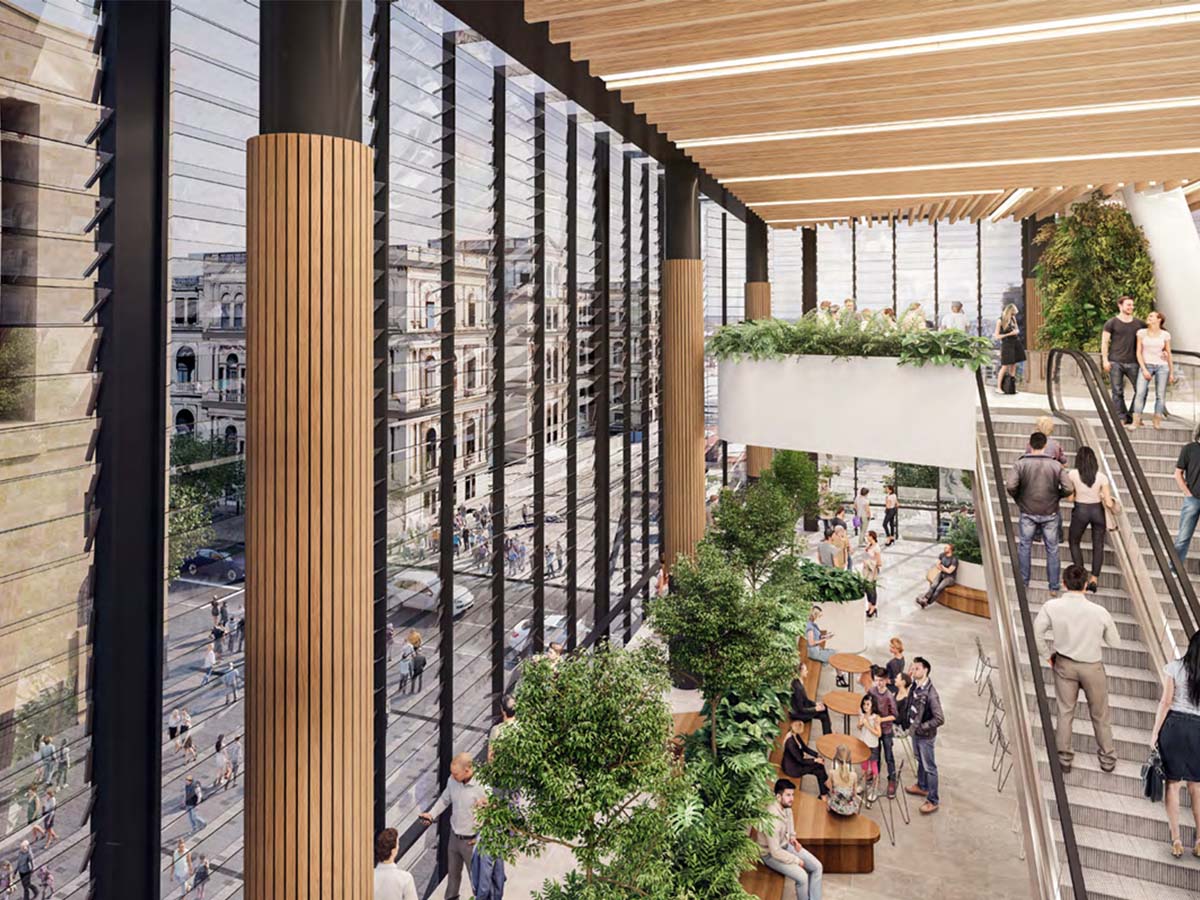 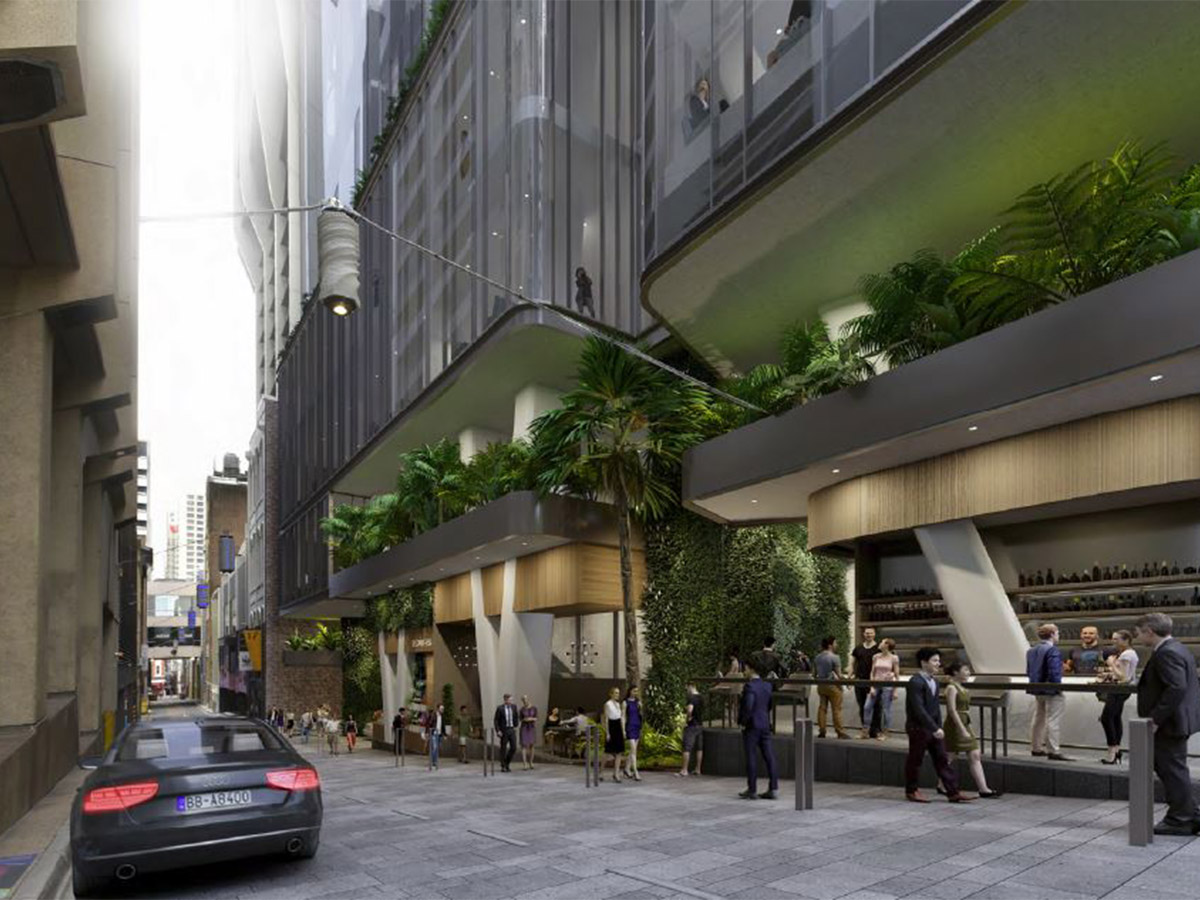 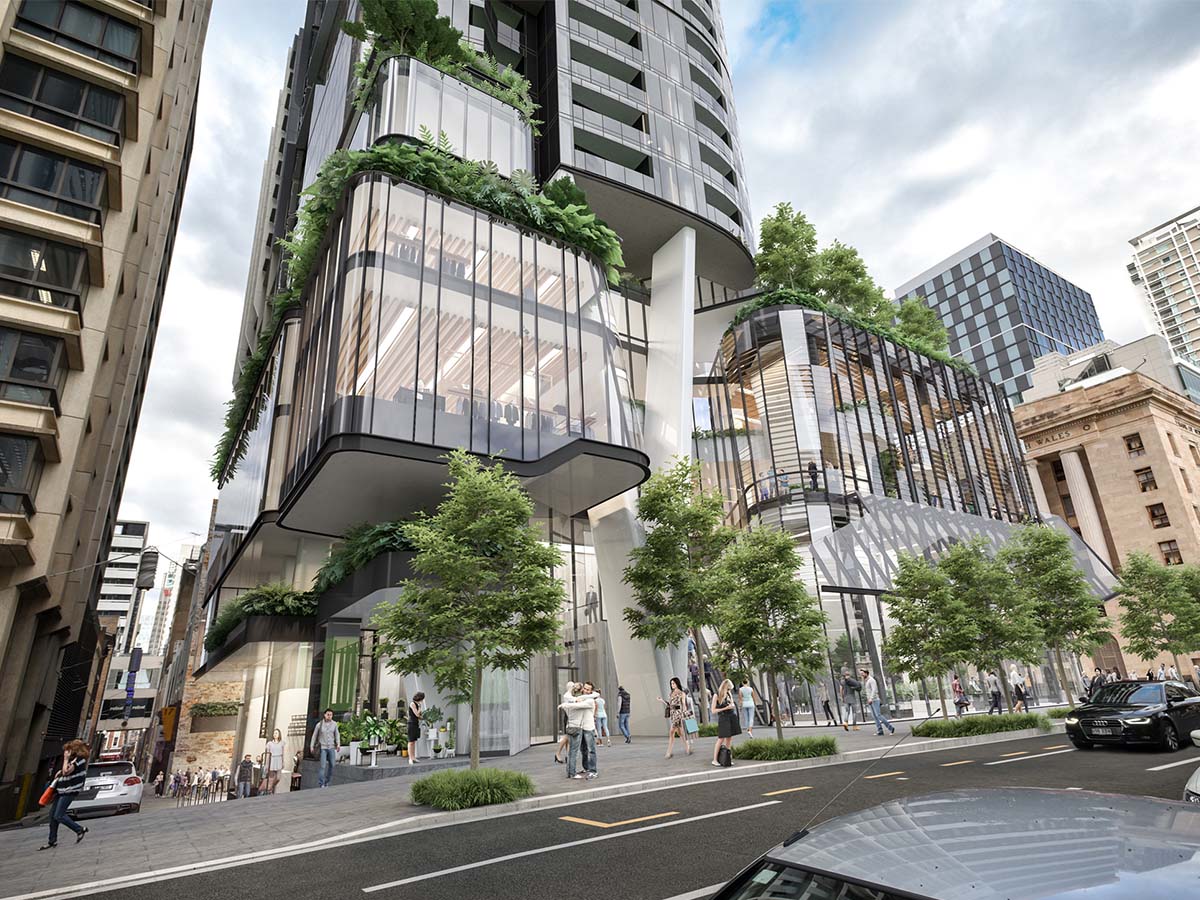 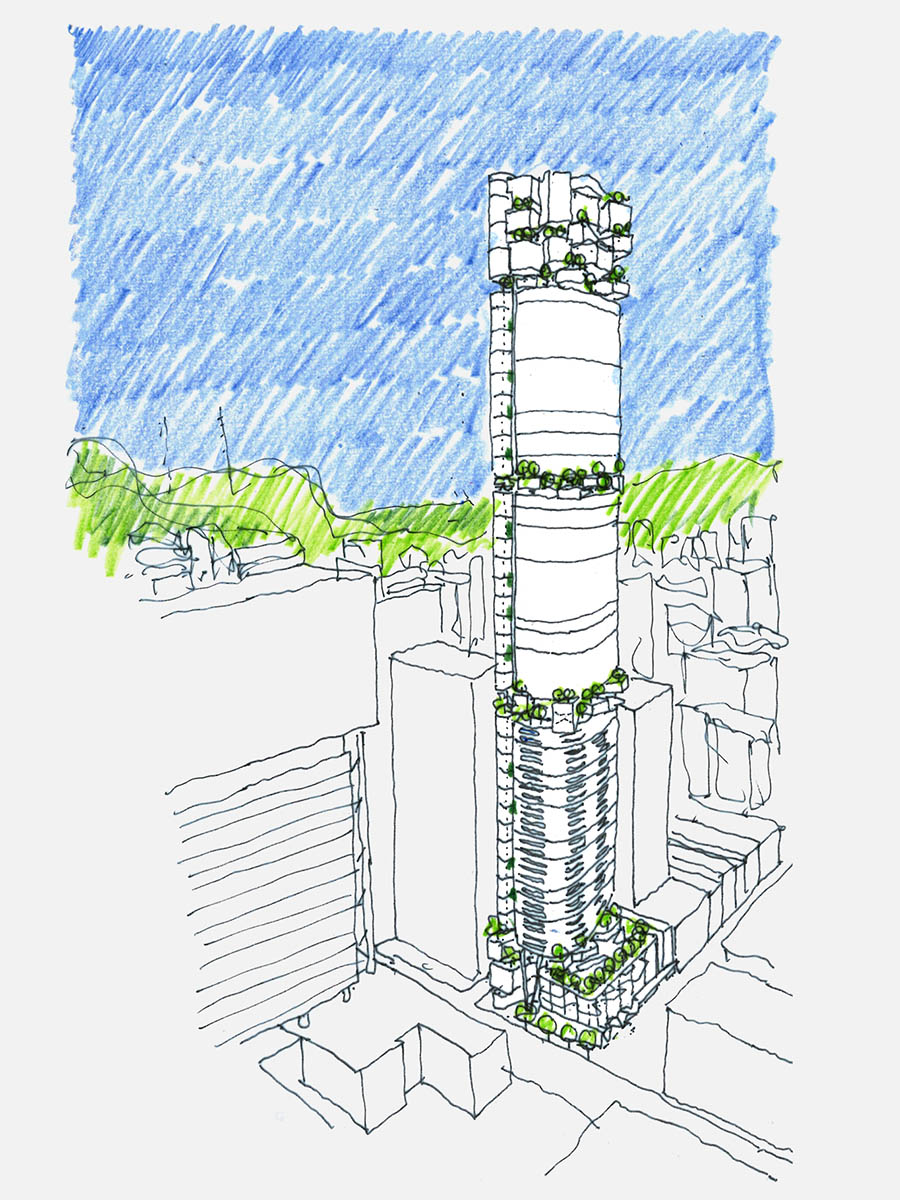 No.1 Brisbane is a proposed 81 storey residential tower at the northern entry point to Brisbane’s Queen Street Mall.

The podium base aligns with Queen Street’s heritage scale and is designed to activate the adjoining Burnett Lane that is a centrepiece of Brisbane City Council’s Vibrant Laneways revitalisation program. The podium adds a cross-link laneway between the mall and Burnett Lane.

A public garden on top of the podium is the first of a series of elevated gardens rising through the tower. Each garden is expressed externally by balcony social spaces projects out over the main façade. This language culminates at the top of the tower in sculptural forms that reflect the podium typology.

The project entails nearby 200 less car spaces than permitted by code, and supports Brisbane’s wider aim to increase public transport accessibility in the city.