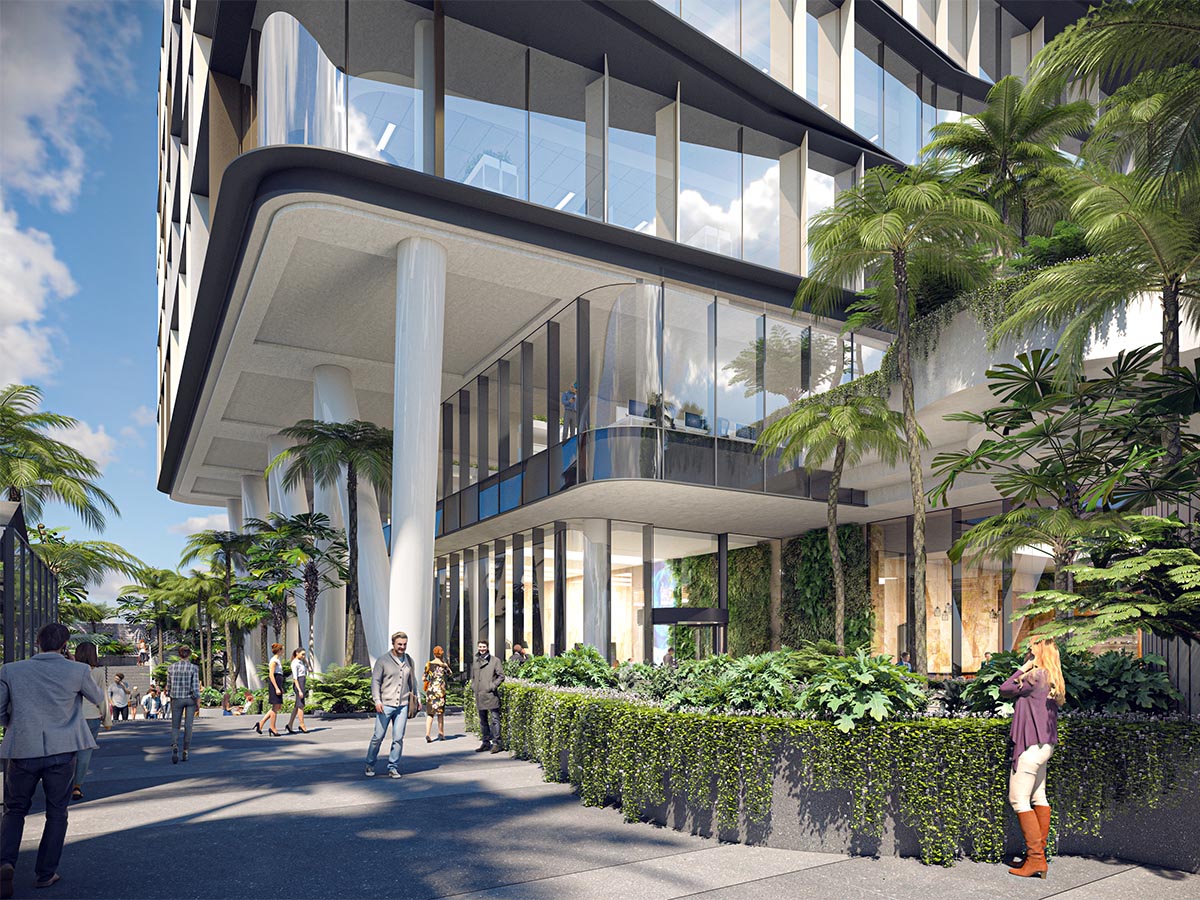 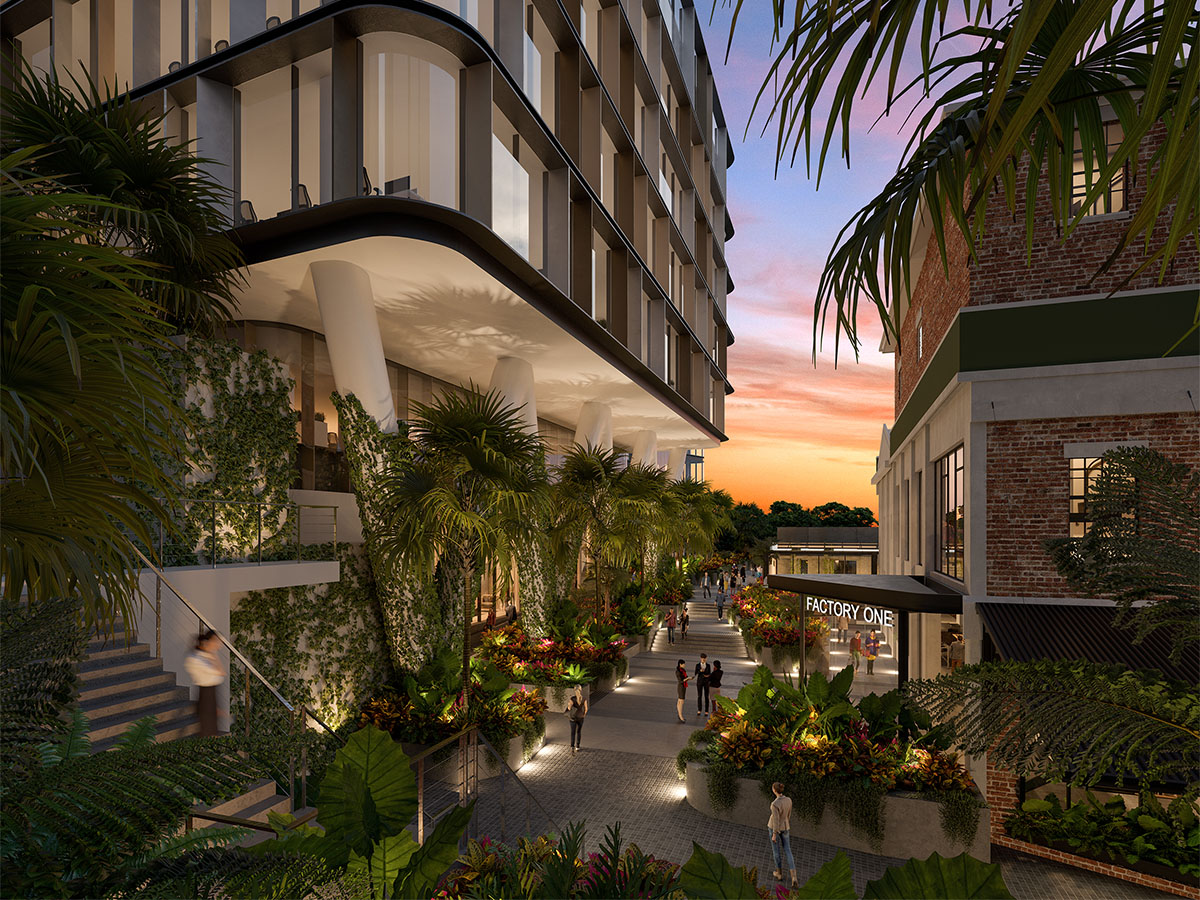 West Village is a large mixed-use development precinct comprising major residential towers, retail arcades and the refurbishment of the historic Peters Ice Cream Factory. Office development was not originally envisaged for the precinct but this project is now one of two office buildings being developed to diversify market interest and activation.

The design differs markedly in architectural form to the rectilinear residential towers, utilising curvilinear façades to create fluidity of movement and daylight access to the public spaces at the base. The façades form horizontal layers by stepping in and out, and the curvilinear geometry is reinforced by vertical sunblades varied in density depending upon each façade’s solar orientation.

The 8 storey tower’s base comprises two ground planes, the upper as an elevated public realm and the lower connecting into existing retail outlets. The angular columns are located to avoid lower level functions that were already built prior to the commercial building being conceived.

A separate but adjacent project by Blight Rayner is the incorporation of Metro Arts into the historic Peters Ice Cream Factory and its edges. This completed project comprises a new 130 seat theatre, a ‘black’ and a ‘white’ gallery, rehearsal studios and administrative offices.