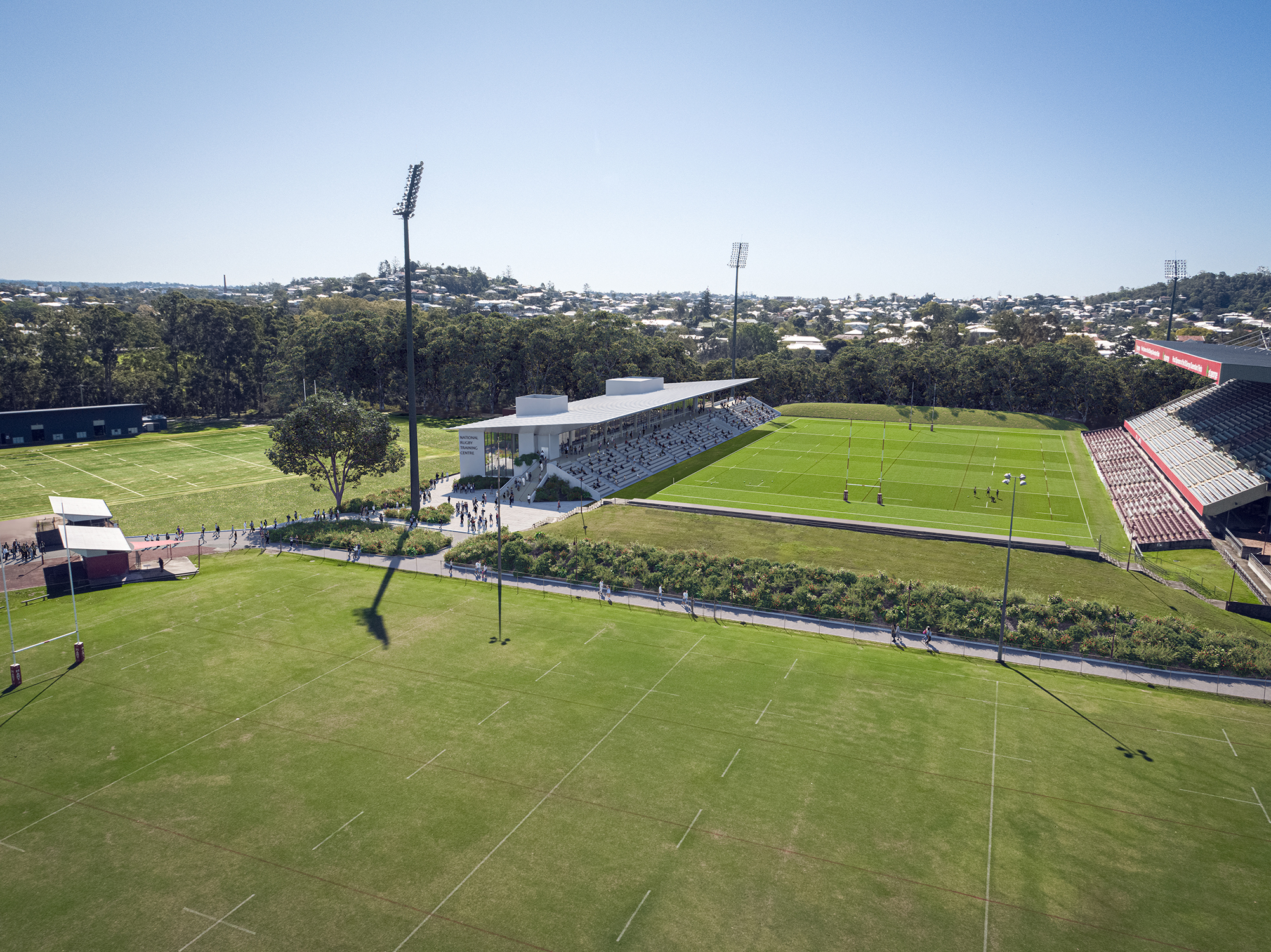 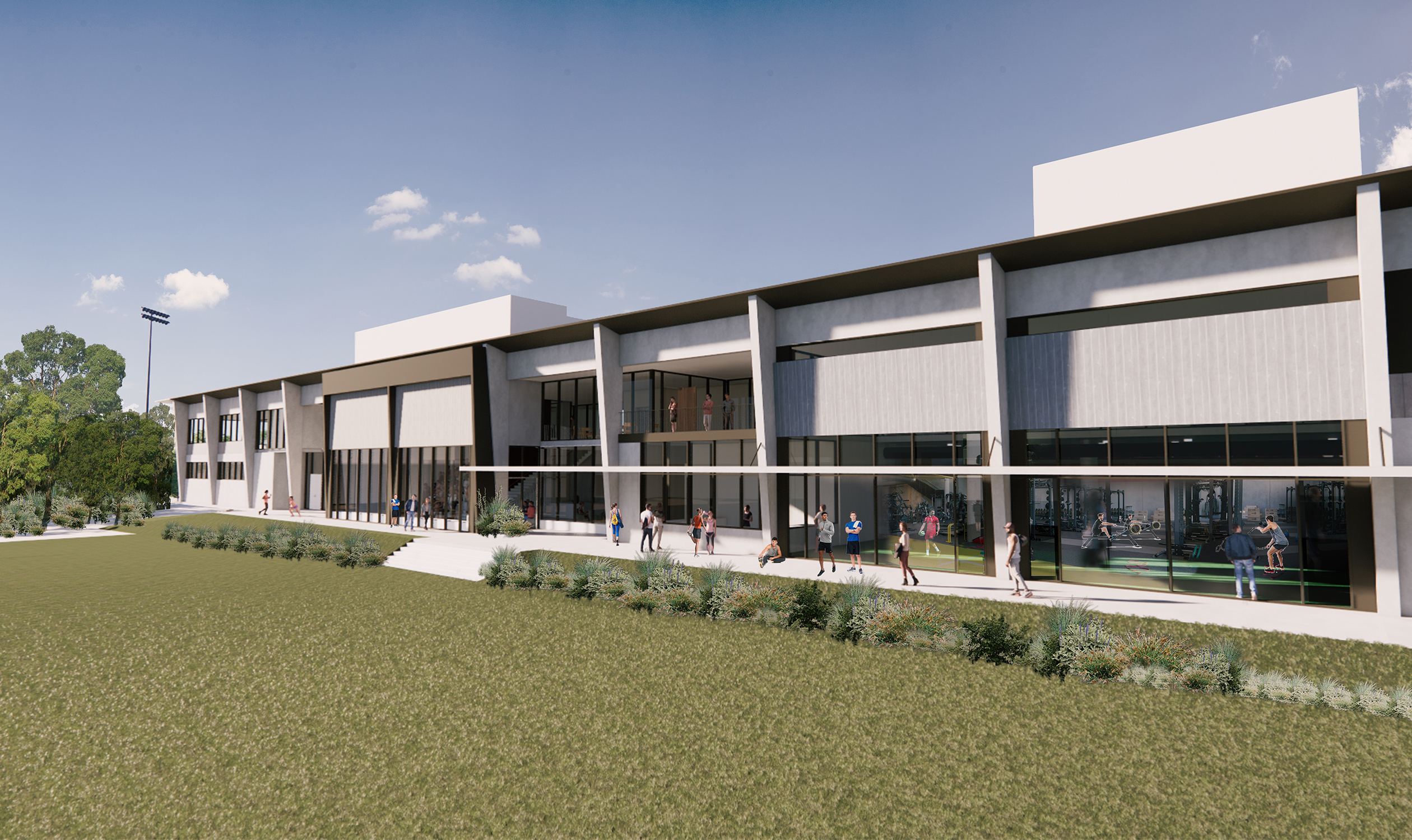 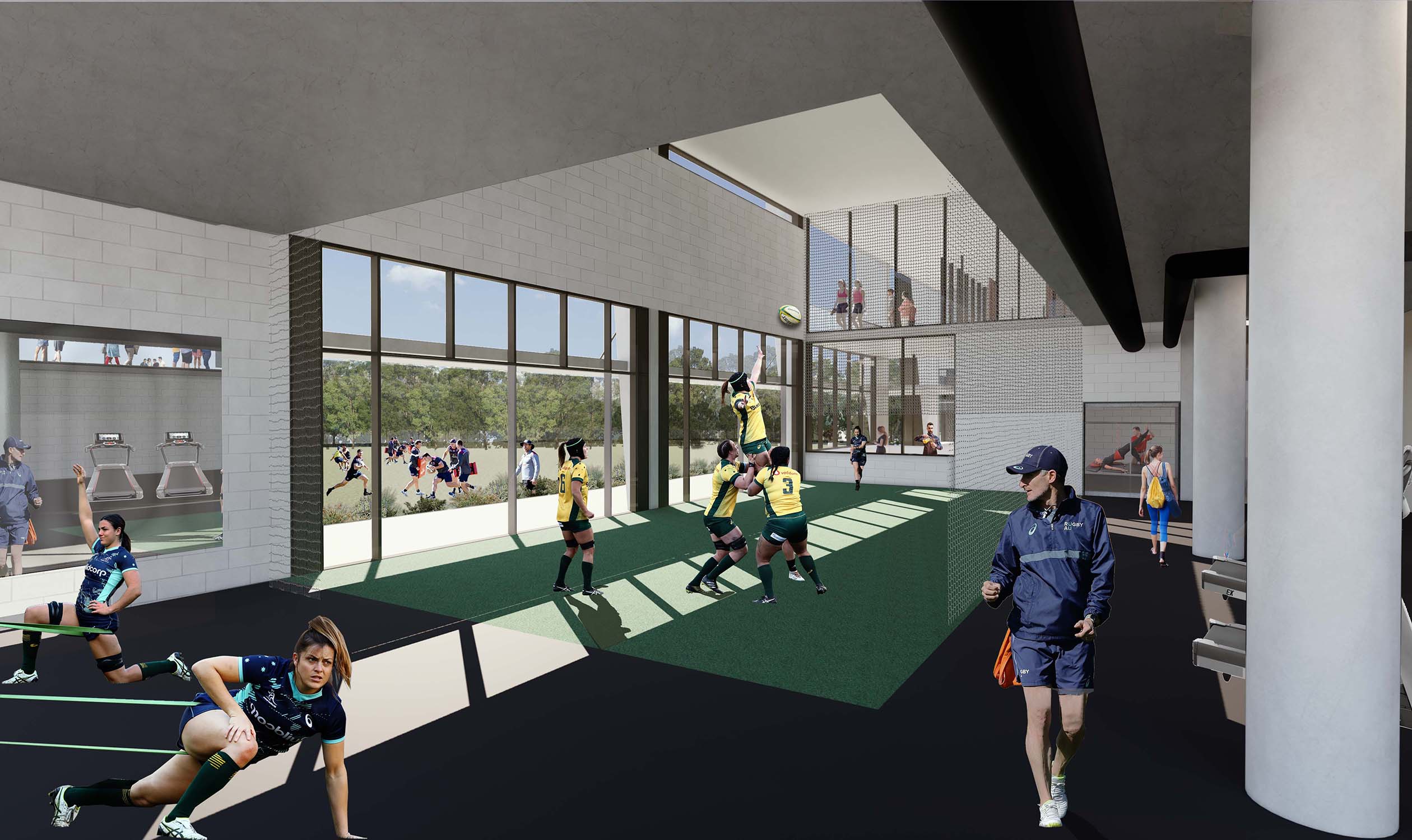 The National Rugby Training Centre is designed to not only develop and perfect high-performance athletes but to strengthen community spirit among men’s and women’s rugby players.

Unlike most high-performance gymnasia which have independent components, the NRTC facilities open to each other, fostering a sense of combined purpose among players, coaching staff and administrators.

The architecture externally is relatively simple and prepossessing, intended to impart belonging to the wider community and to clubs as much as to elite teams. It employs a composition of angular, almost origami, forms to unite the roofscape with the grandstand and ground plane.

The interior spaces depart from convention in their visual and physical interconnection, and in opening up to the external realm, in particular the high-performance gymnasium, the largest component.

The NRTC will be home to the Queensland Red Men’s and Women’s teams, to the Reds Academy and to the Australian Women’s Rugby Team, the Wallaroos. It will also cater to visiting clubs.

Over 3,000 spectators are accommodated in the grandstand and corporate suites, enabling games ranging from Wallaroo internationals to club and school rugby finals to be played at Ballymore.

Blight Rayner is also preparing a master plan for the whole Ballymore precinct encompassing wider community accessibility and participation, and enabling colocation of related sports organisations with the NRTC.