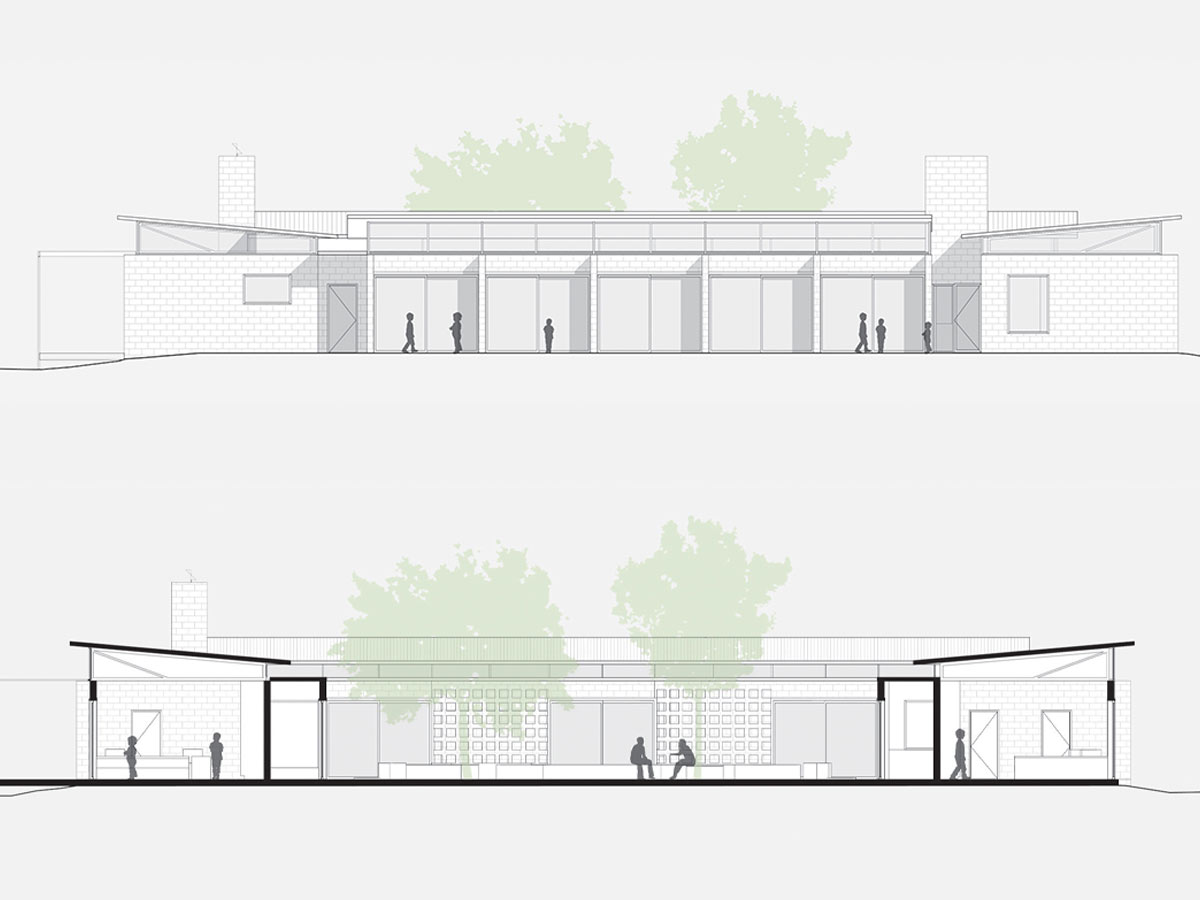 Many Shades Inc. is a not-for-profit organisation run by five young Australians endeavouring to make a difference to the lives of orphaned and abandoned children in the Arusha region of Tanzania. It is led by Pip Harvey Ross, daughter of one of Brisbane’s leading commercial development advisors Angus Harvey Ross.

This is the first home to be built on land acquired by Many Shades to eventually form a village of houses. The courtyard design follows a regional tradition but is also a precursor for the village to comprise a network of courtyards fostering community spirit and interaction.

Numbers of the children have suffered traumatic experiences, and the courtyard arrangement is conceived to create a place of sanctuary and sense of security. Both plan and section are intentionally simple and modularised to facilitate construction techniques suited to the volunteer labour force.

The main material is a rough cast mud-cement block poured on site and already stacked into piles awaiting sufficient donated funds to initiate a building start. The blocks’ irregularity will generate texture in both solid and perforated form, with timber glazed rooflights optimising daylight penetration north and south.

Blight Rayner is undertaking this project pro bono as our contribution, and it is hoped that further such contributions will occur as the value of the organisation’s work becomes realised.