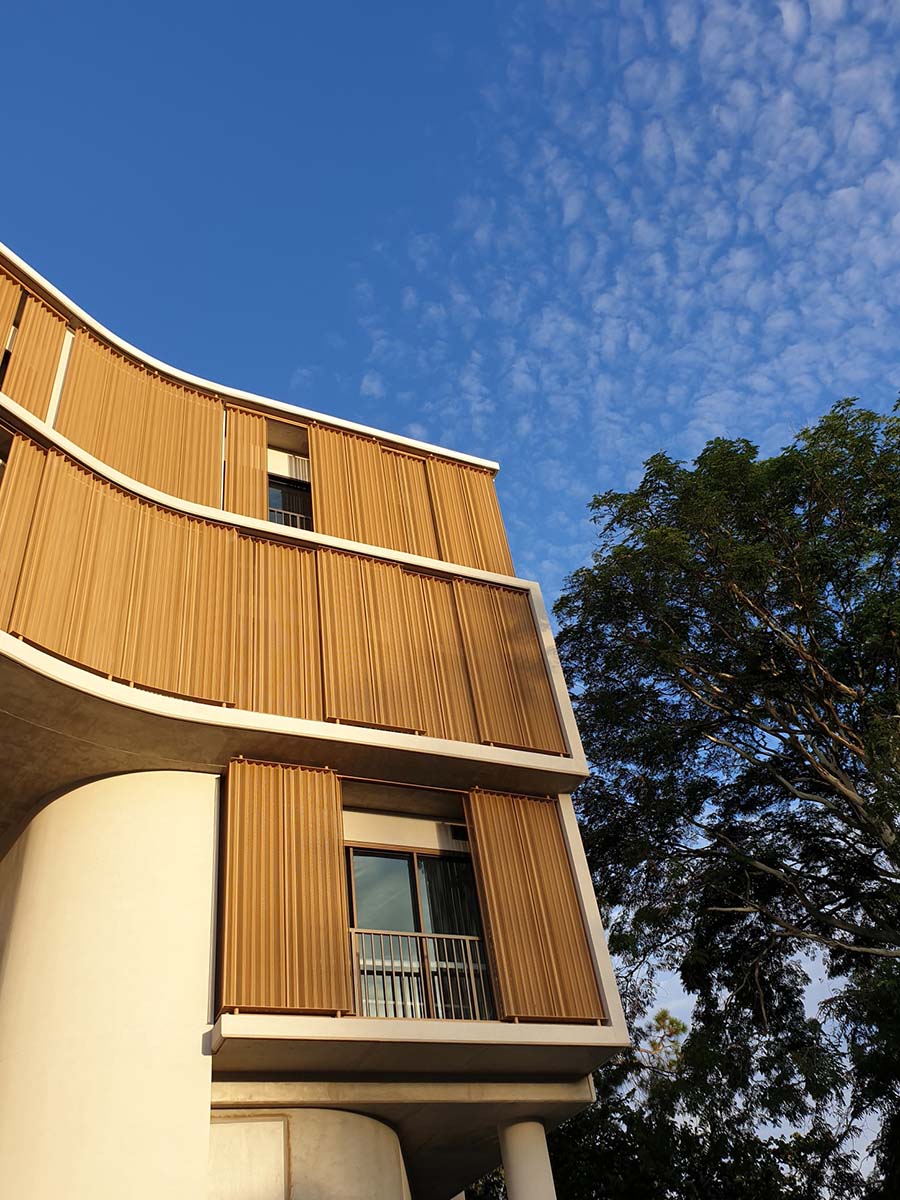 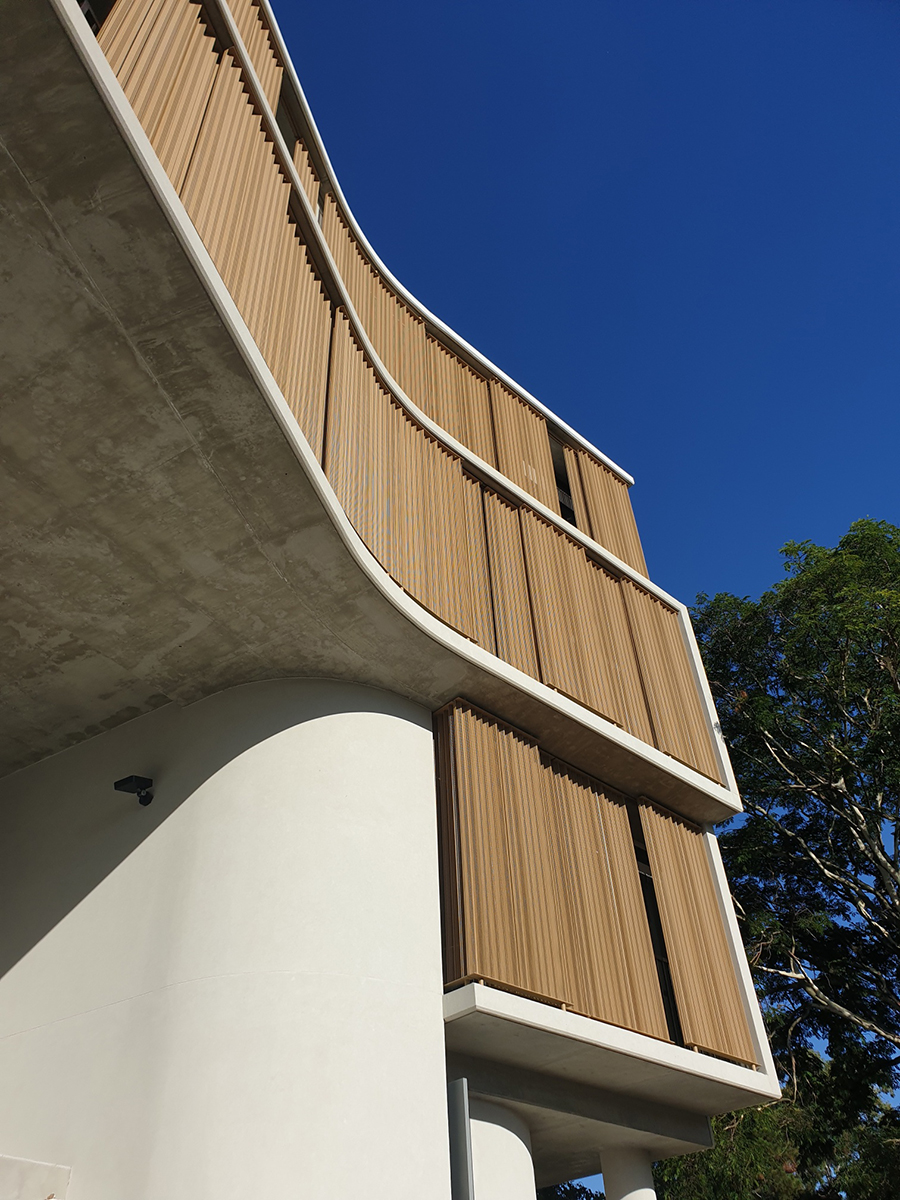 Brigidine College is a Catholic Girls School in the inner Brisbane suburb of Indooroopilly. The school follows the example of St Brigid – ‘a woman of vision and courage, who actively challenged the social, political and cultural structures of her time.’ It is committed to the education and empowerment of young women.

The project encompasses two new buildings, a Science and Technology Centre directly aimed at fostering knowledge in Science, Technology, Engineering and Mathematics (STEM), and an Administration Building which will form a new ‘front door’ to the campus.

The campus is sited over a steep hill that descends sharply down to the sites of both new buildings. The Administration Building is treated as an insertion such that its roof is a garden terrace that extends the campus’ plateau level. The L-shaped two storey building is entered via a loggia to a courtyard that rises to the plateau as an outdoor amphitheatre. Within the building, the foyer is a naturally ventilated internal courtyard which also acts as a breezeway to existing buildings on the other (southern) side.

The Science and Technology Centre is a 4 level building, the lower two being carparking for teachers, the middle two comprising classrooms and upper level containing science laboratories. It is reached via a bridge at Level 3 that connects into the plateau level, forming a new pedestrian spine through the campus. At its western end, an outdoor amphitheatre extends up from open space to the lower classroom level. An auditorium rises up to the next level, it being openable to act as a general pedestrian staircase when not in teaching use.

Architecturally, the building is conceived as having ‘bookends’ of openable/closable classrooms to the open space and street. In between classrooms (and laboratories) align either side of a naturally-ventilated corridor, with louvred glazing allowing air flow across the building. A solar photovoltaic roof will provide energy to the building.