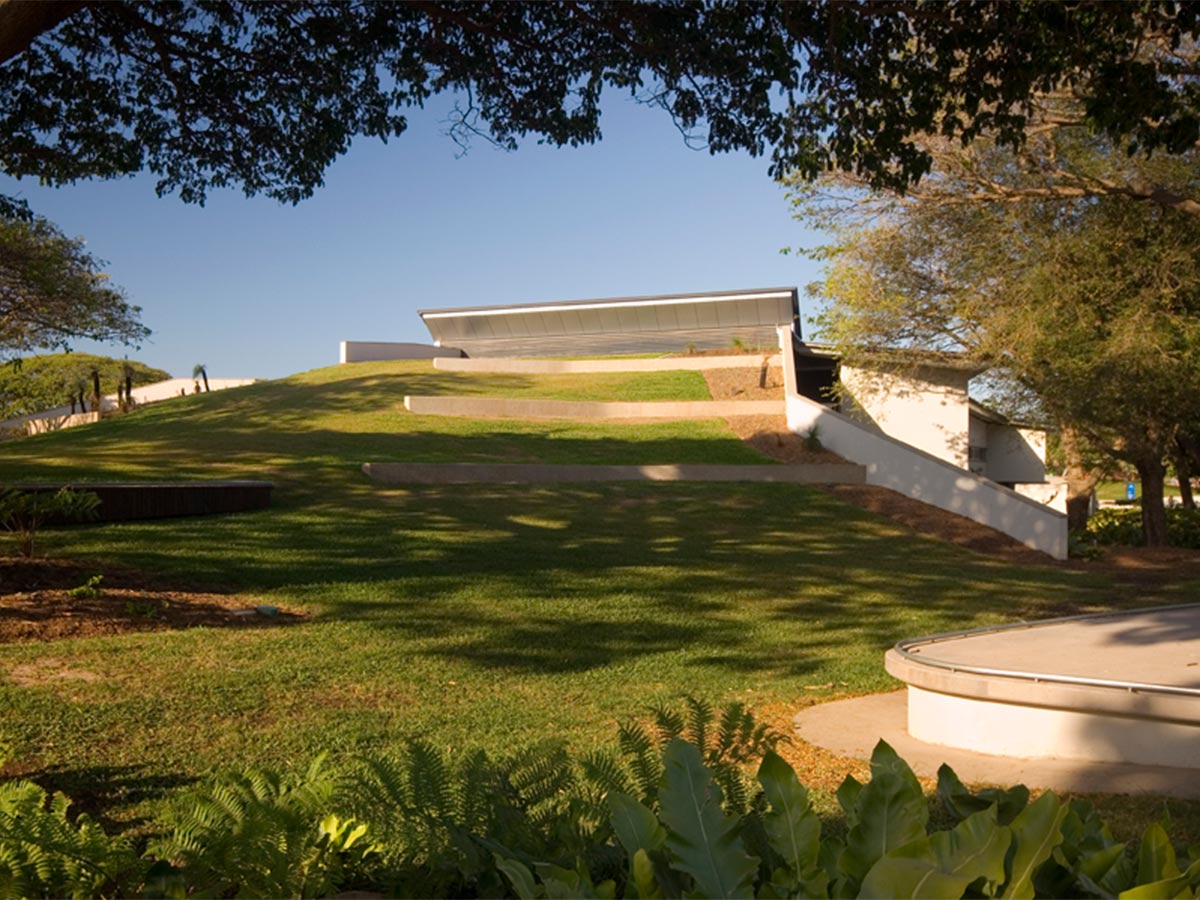 The centrepiece of this 18 hectare waterfront park revitalisation is its arts centre which interconnects swimming lagoons with a performing arts centre, art gallery and community arts organisations. The whole precinct is planned to a ‘land art’ concept, using earth berms to create an undulating topography from which the buildings gently rise. The arts centres’ berm also forms an outdoor concert venue, while on the lagoon side, long roof canopies echo the spread of existing raintrees. The nearby Tony Ireland Sports Stadium utilises a berm to form the seating surround, with the roof designed to appear to hover above like a wing.