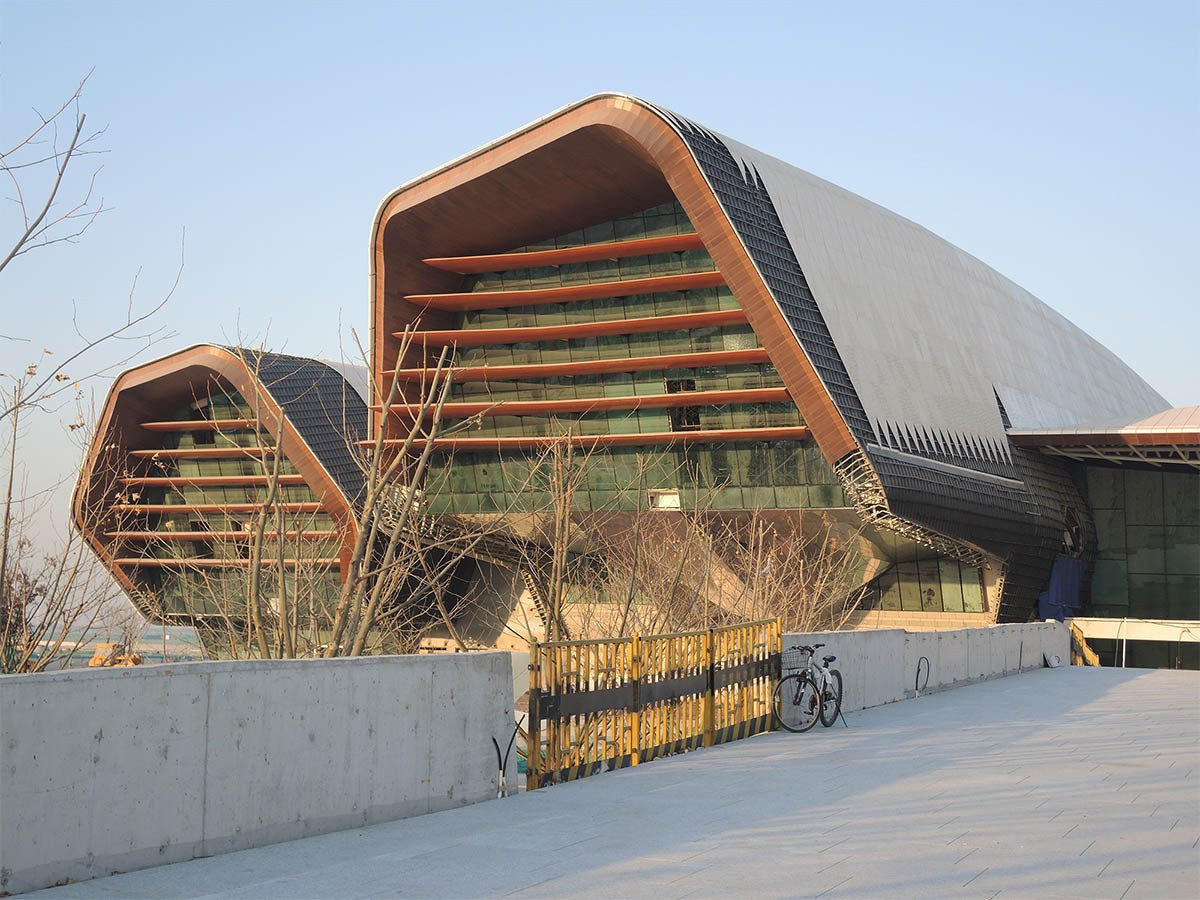 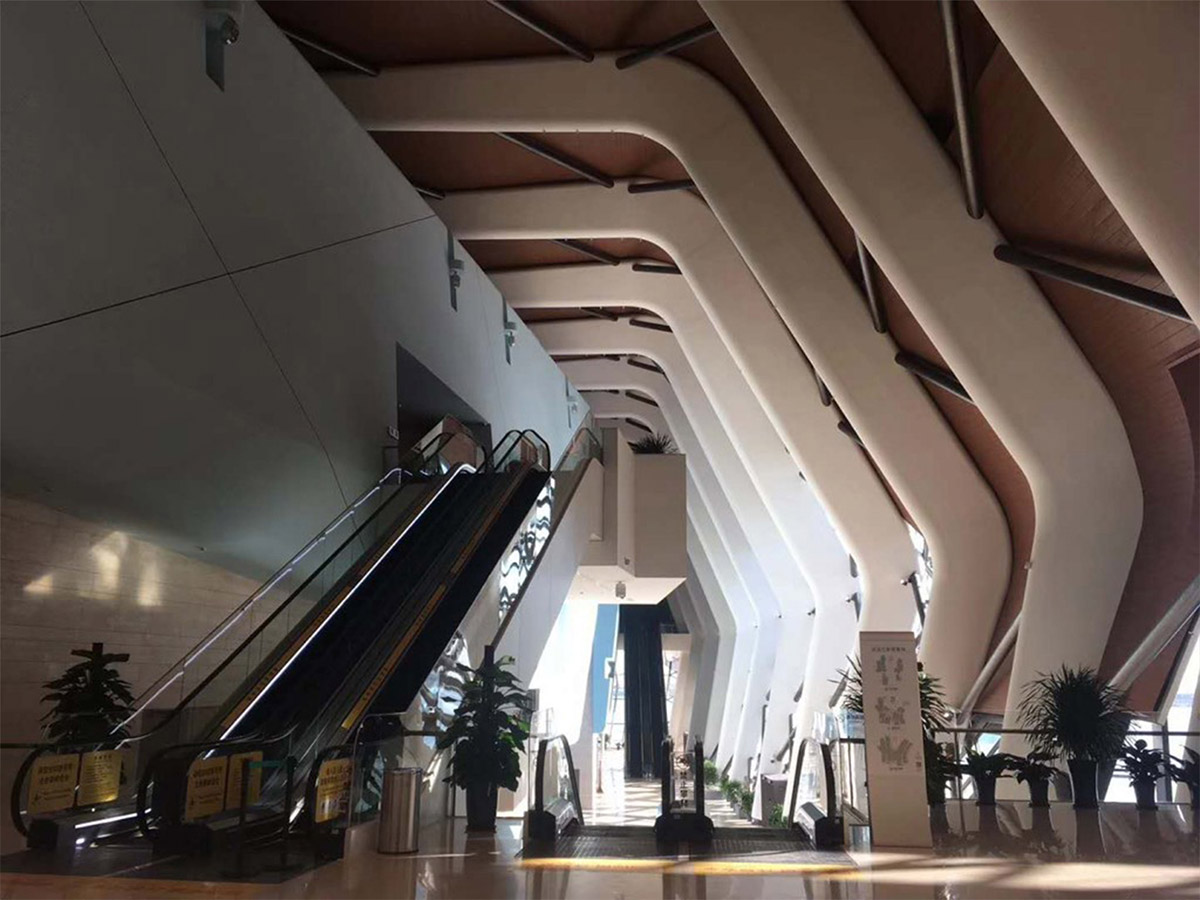 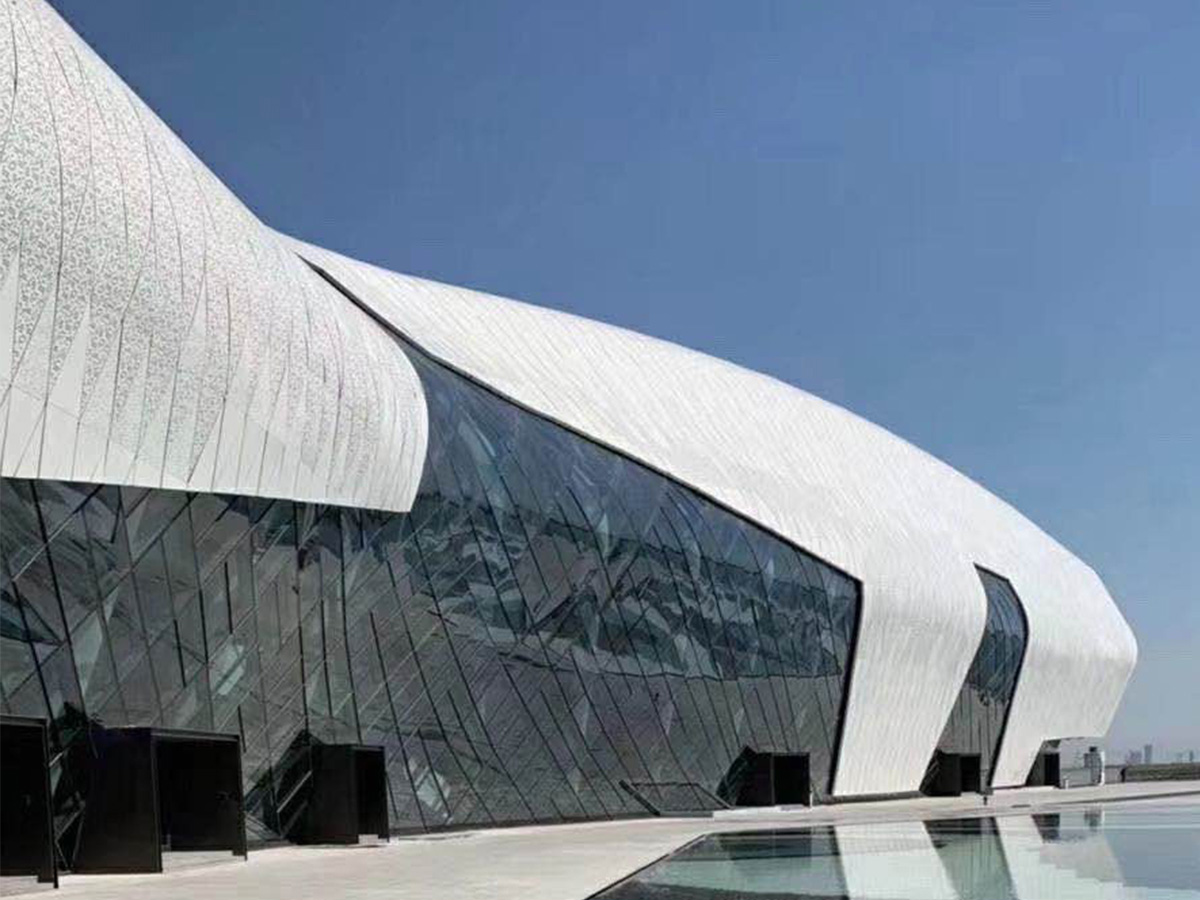 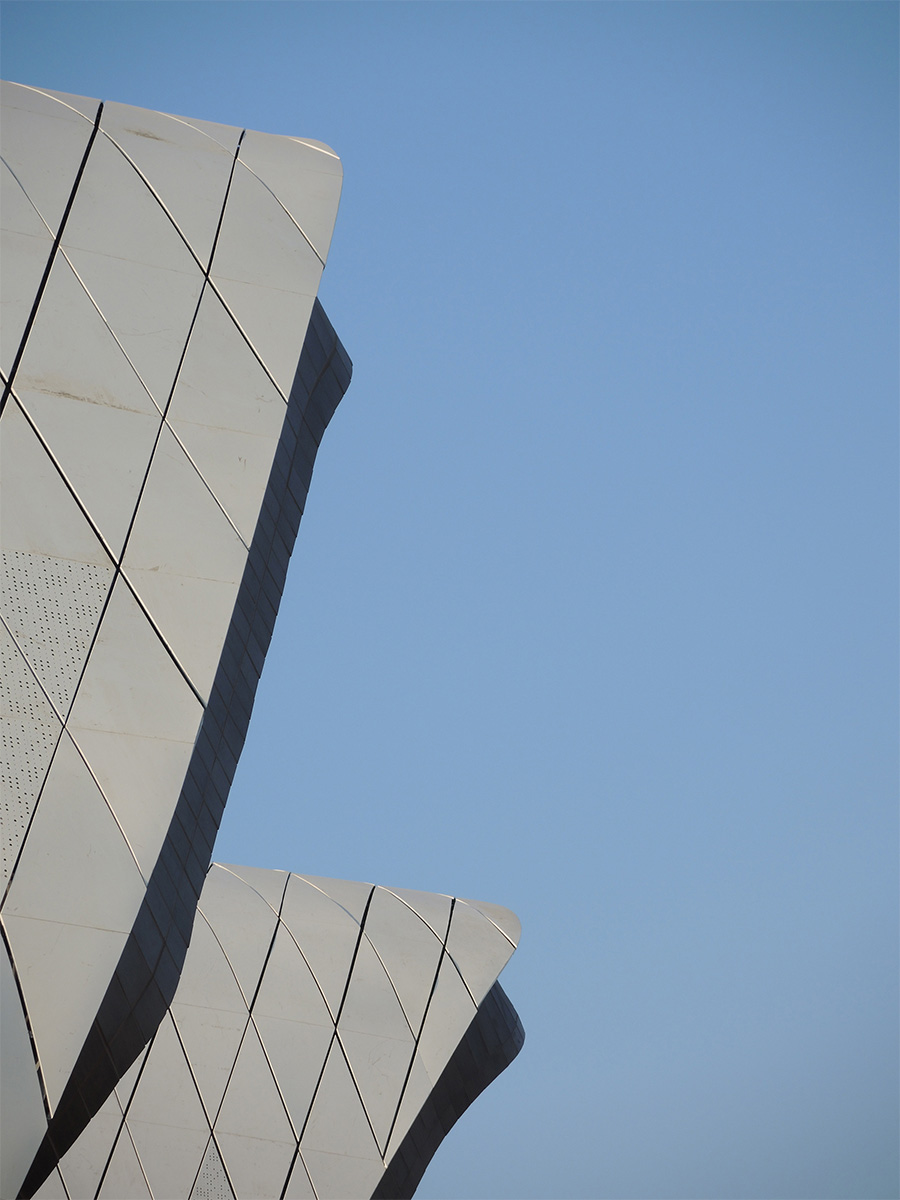 Won in international competition in 2011, the museum consists of five undulating pavilions which radiate out, from a pivotal arrival space. This composition enables each pavilion to associate with the Binhai bay over which the pavilions cantilever some 30 metres, part protecting floating pontoon exhibits. The museum was conceived to form a piece of land art rising out of a new park, the undulations varying the scale for different size artefacts. Several metaphors arose sub-consciously from the form – an open hand across the water, ships tread in port, sea anemone, starfish, jumping carp. Without literal reference, some are accentuated, such as in the geometric pattern and textures of the cladding, also designed to shed heavy snow loads. The remarkably brief project timeline includes piling commencement in 2013, a pause in 2014 through a change of client, a soft opening in 2019 and an official opening planned for 2020.

Jayson Blight was the Project Director for, and Michael Rayner was involved in the design of, the National Maritime Museum of China when working at Cox Architecture t/a Cox Rayner.