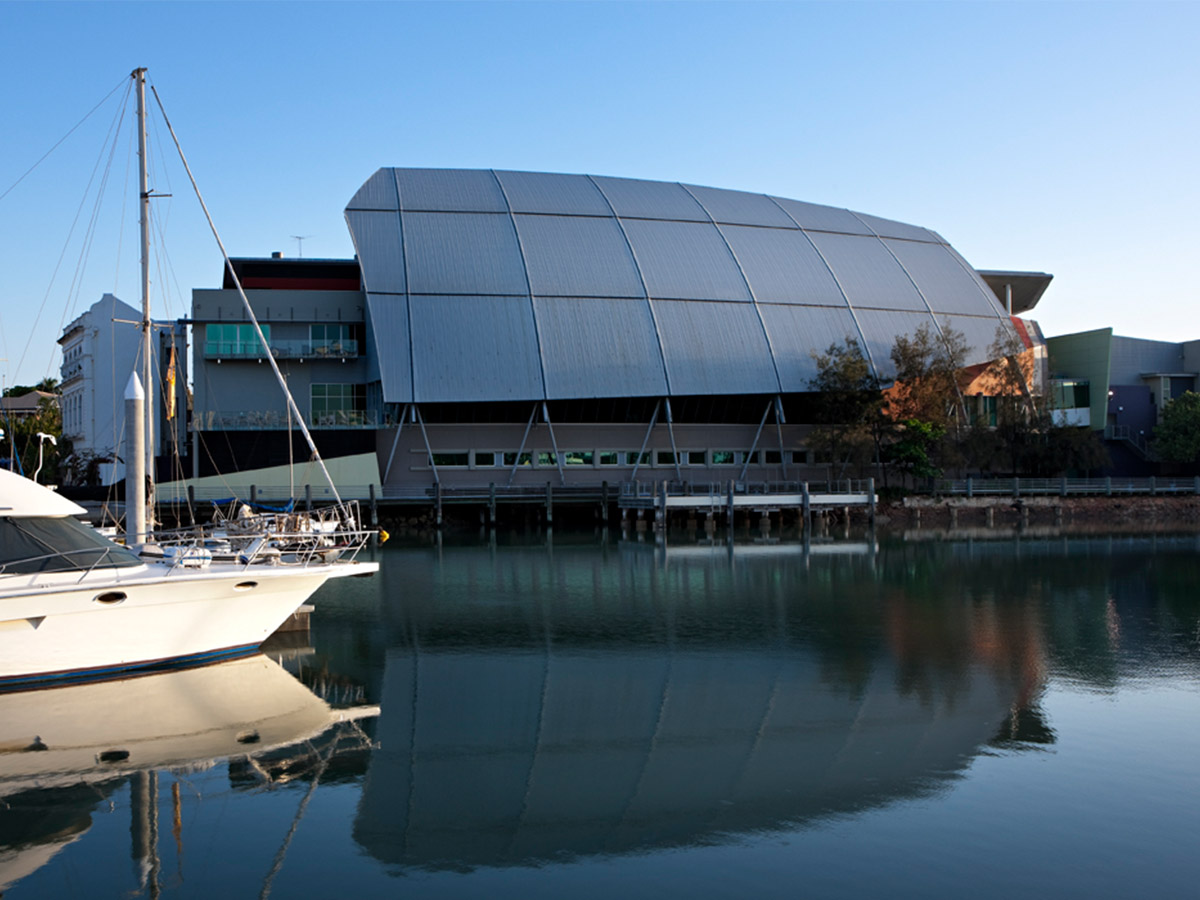 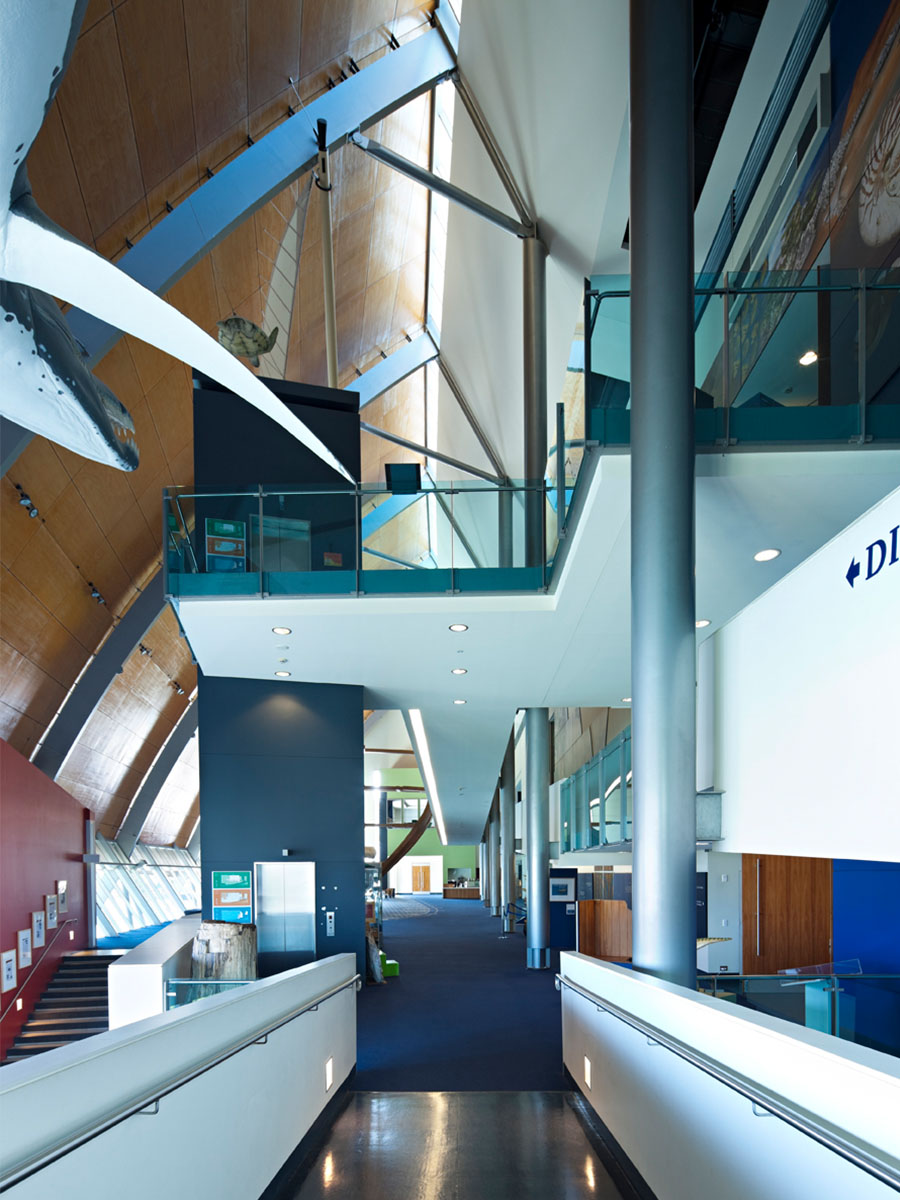 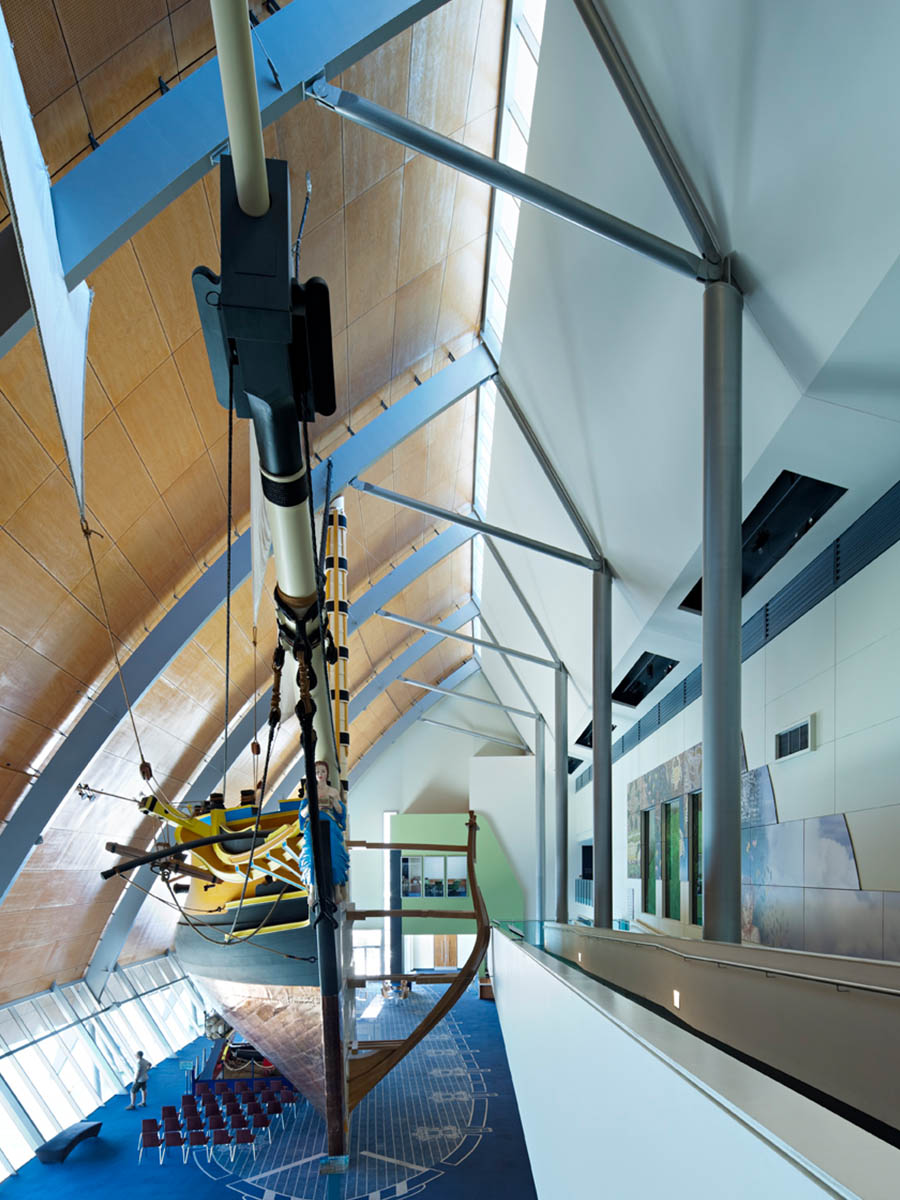 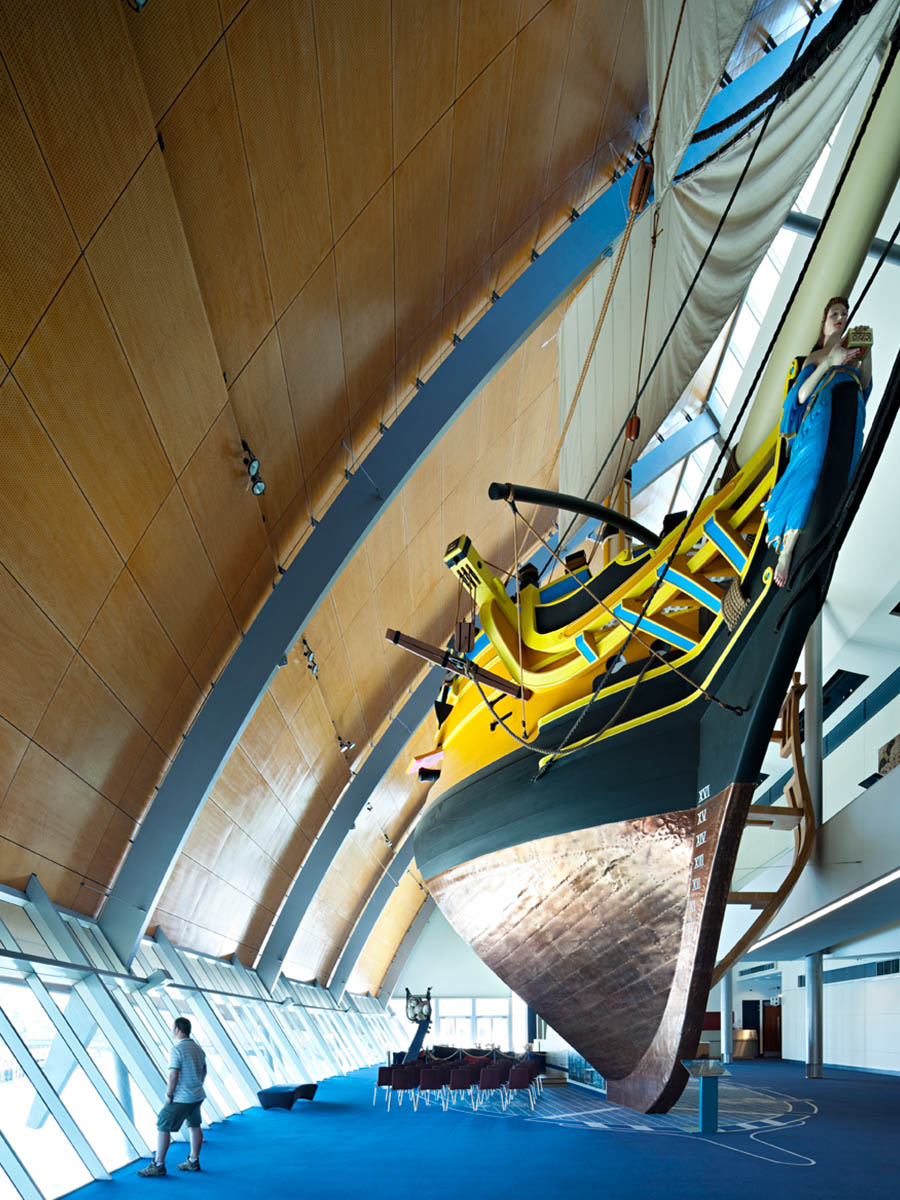 This museum was the result of an unusual design and tender competition for which the budget was set and the designs assessed by what could be offered for the money. This afforded scope to create a large vaulted gallery that houses a replica of the HMAS Pandora, the ship sent by the British Admiralty in 1790 to capture the Bounty mutineers. The gallery sits above a ground level of research laboratories which the public can view into. Various metaphors have described the form, but the main concept was that of a shipwreck, the end forms seeming to be in collision. They contain children’s education spaces. The museum is experienced by alternating ramps connecting visitors into museum rooms while providing varied vistas into and over the Pandora replica.

Jayson Blight was the Project Director for, and Michael Rayner was involved in the design of, the Museum of Tropical Queensland when working at Cox Architecture t/a Cox Rayner.