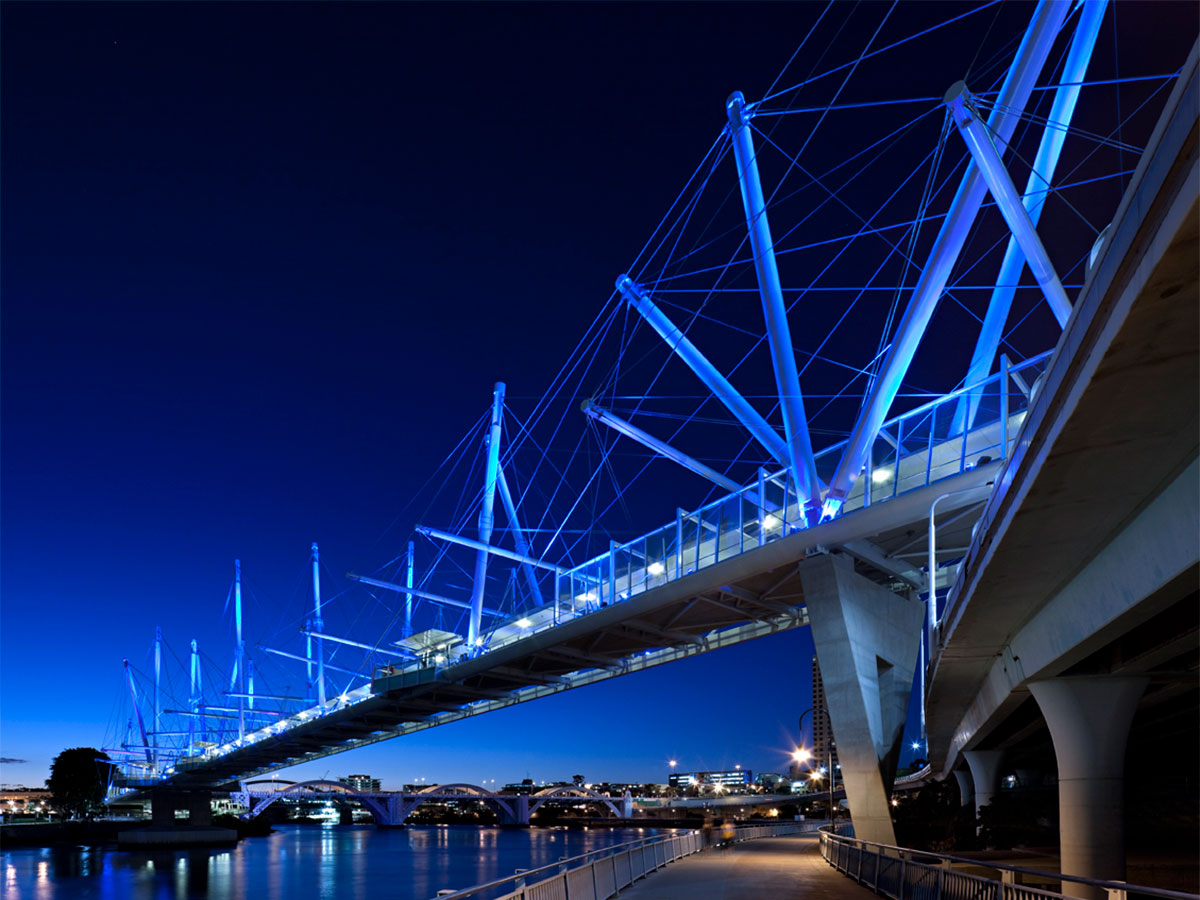 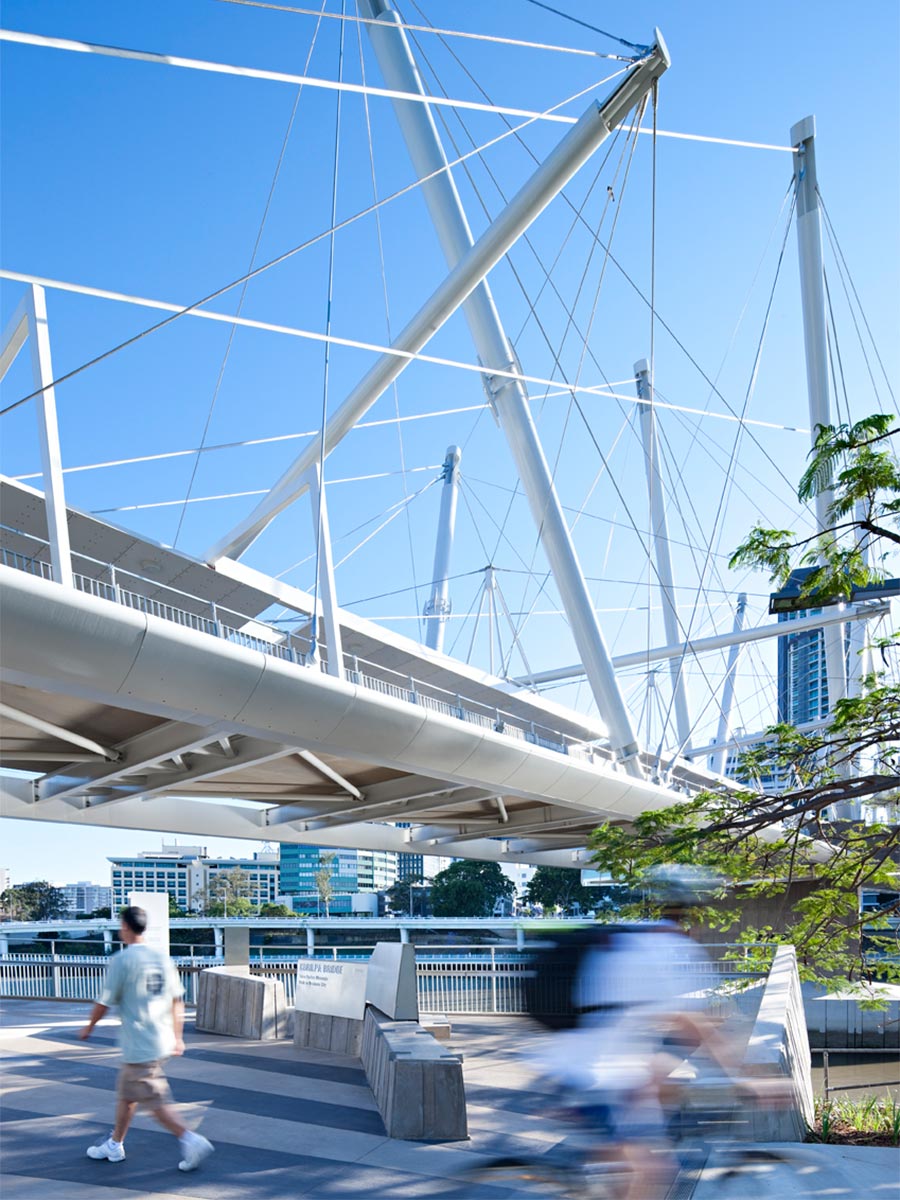 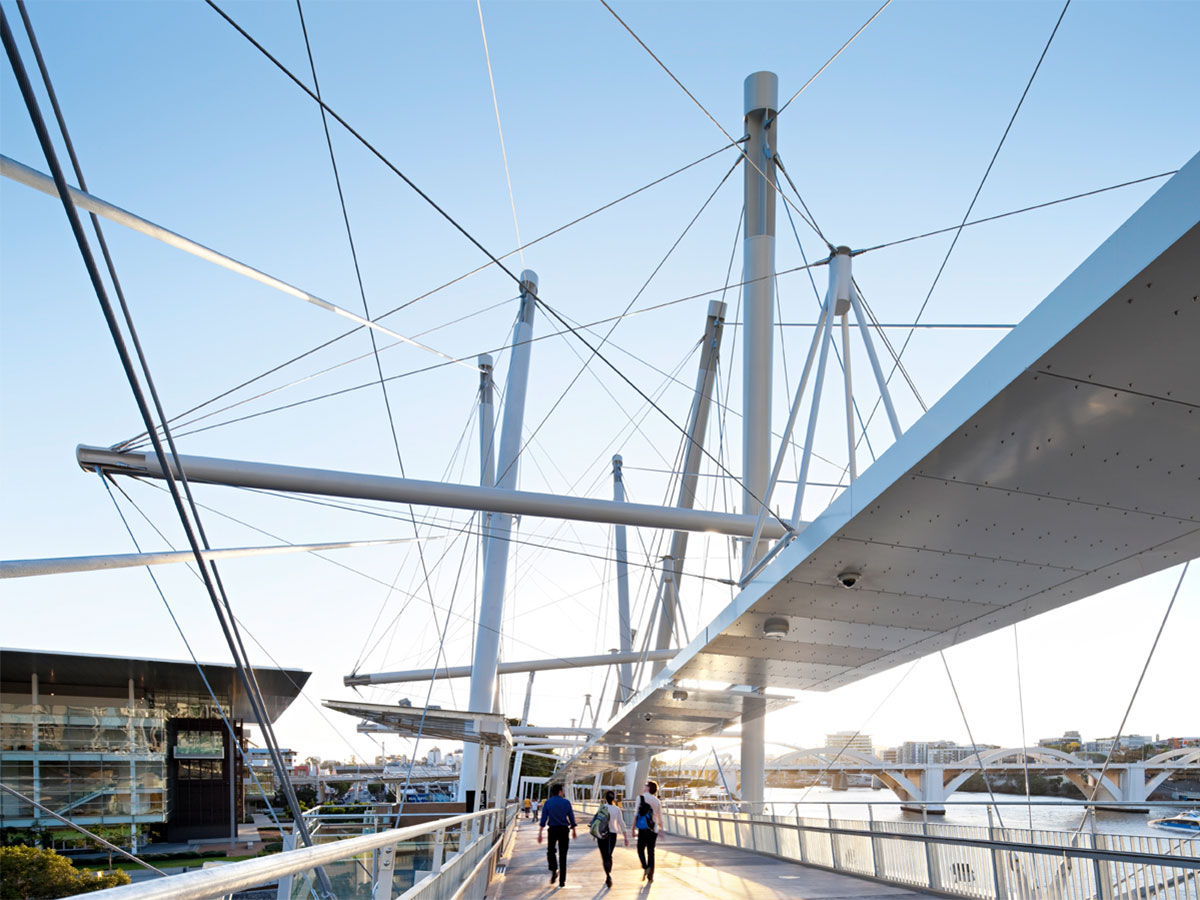 The result of a Government-led competition setting the construction cost and asking builders to combine with an architect and produce a design expressive of the sub-tropical city. The tensegrity structure arose from a pragmatic need to minimise thickness of the deck (in order to minimise the length of ramps down at each end). This structure relies upon masts and cables for its stability rather than the deck as in conventional bridge systems. The design algorithm was orchestrated so that the structure resembles a ‘frozen ballet,’ leading from the CBD across to Brisbane’s cultural precinct.