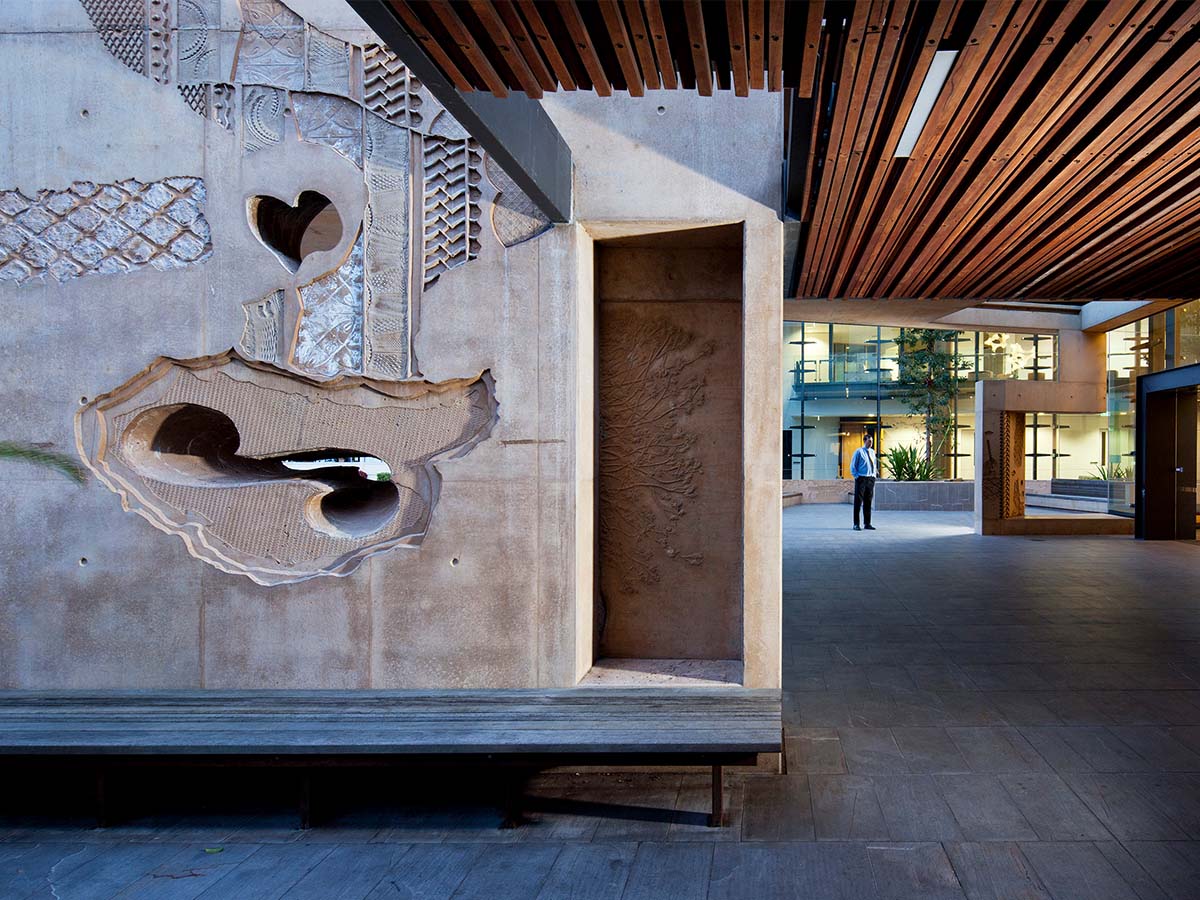 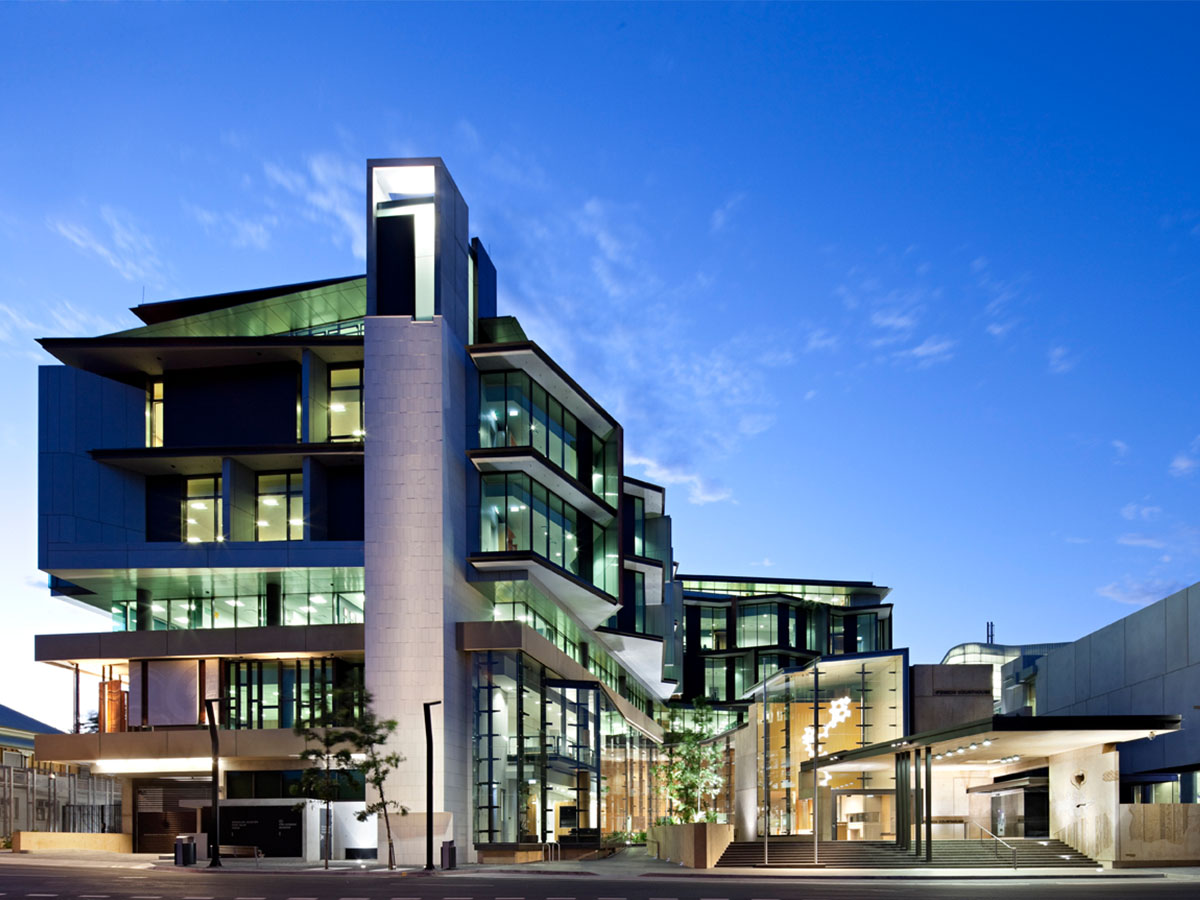 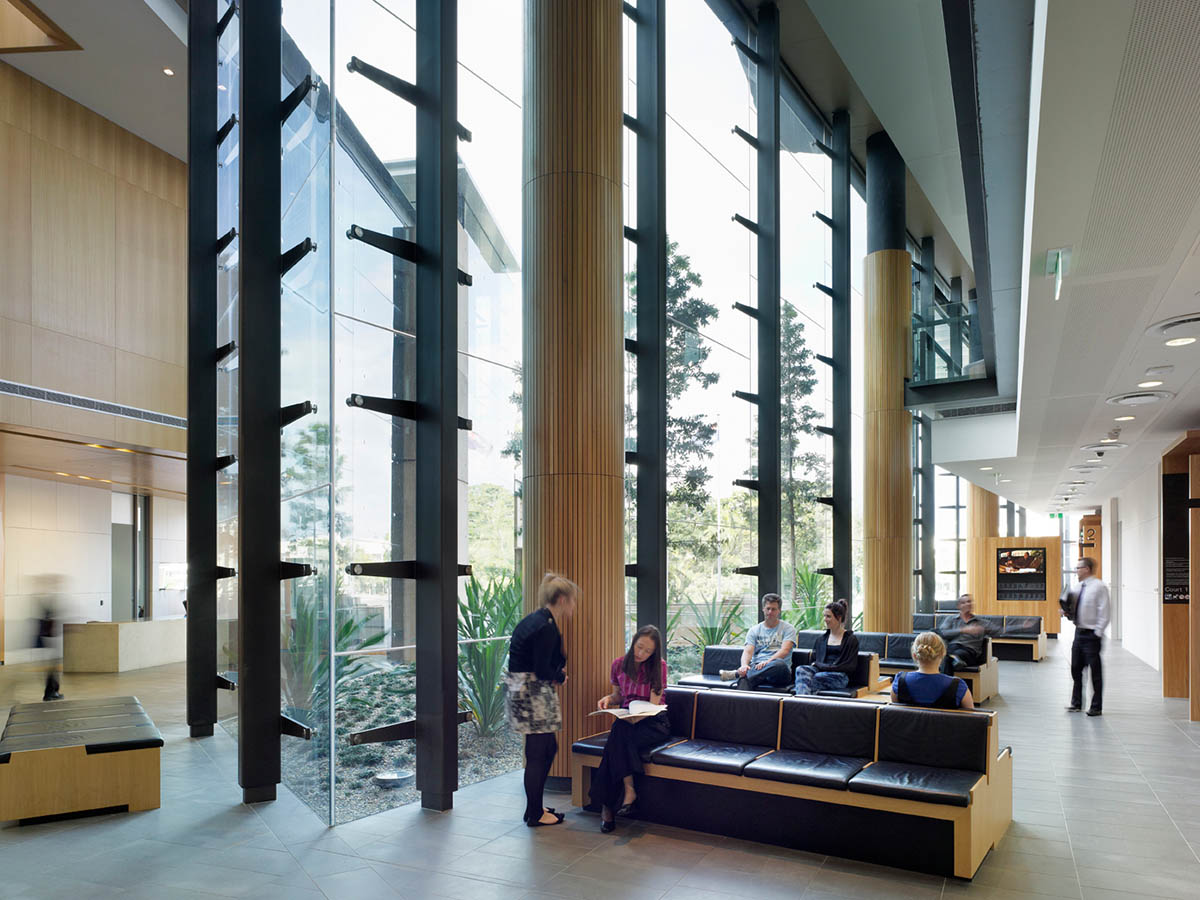 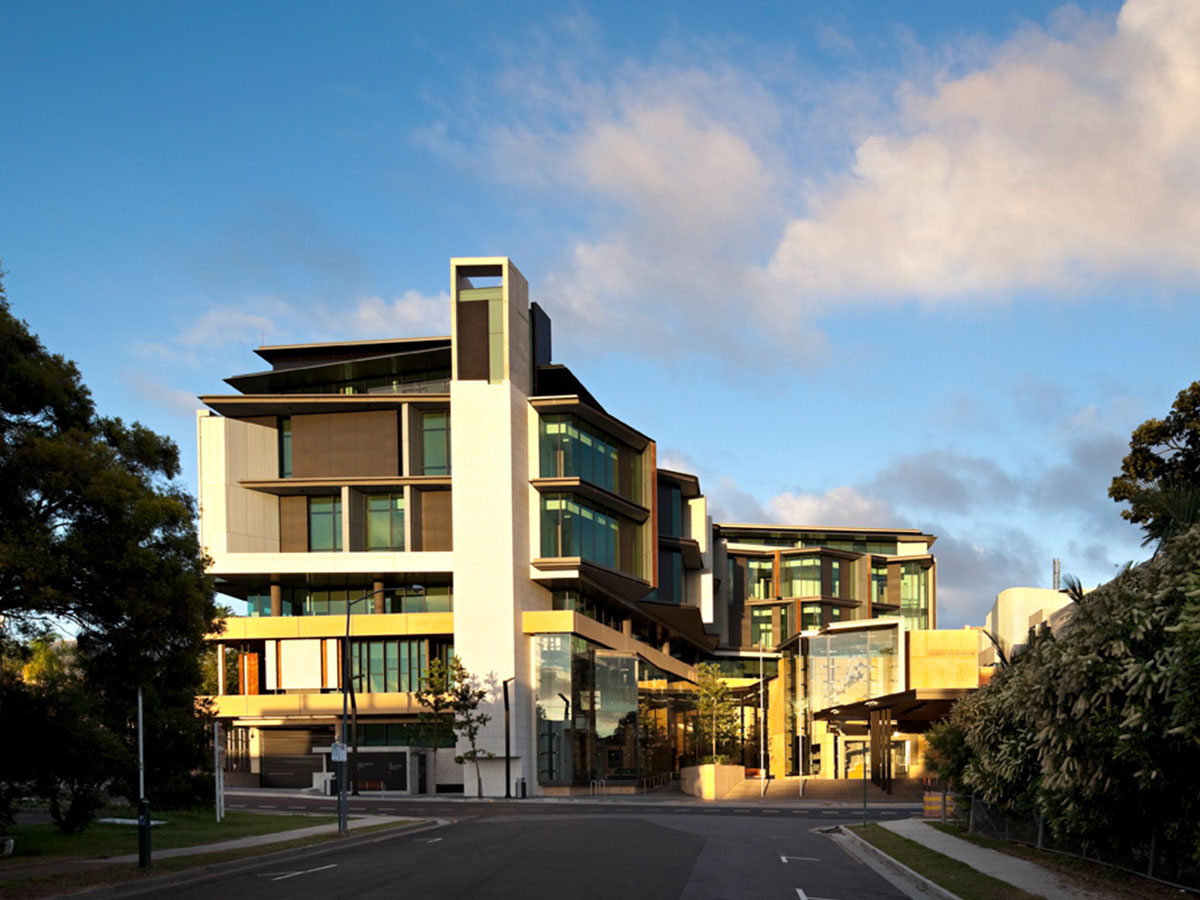 As for the Brisbane Magistrates Court designed a decade earlier, the design sought to break down the confronting public interface historically associated with courts buildings. Here this was achieved by carving a courtyard into the site, wrapping the courtrooms around it. The sculpting and niching of the façade further humanise the architecture, along with the insertions of ten artists, including to the structural fabric of the building. The initially complex problem of accommodating both district and magistrates courts, with their different functional needs was resolved by pairing courtrooms – the public entering from the courtyard side, judges (and juries) from the other, and prisoners between pairs.

Jayson Blight was the Project Director for, and Michael Rayner was involved in the design of, Ipswich Justice Precinct when working at Cox Architecture t/a Cox Rayner.