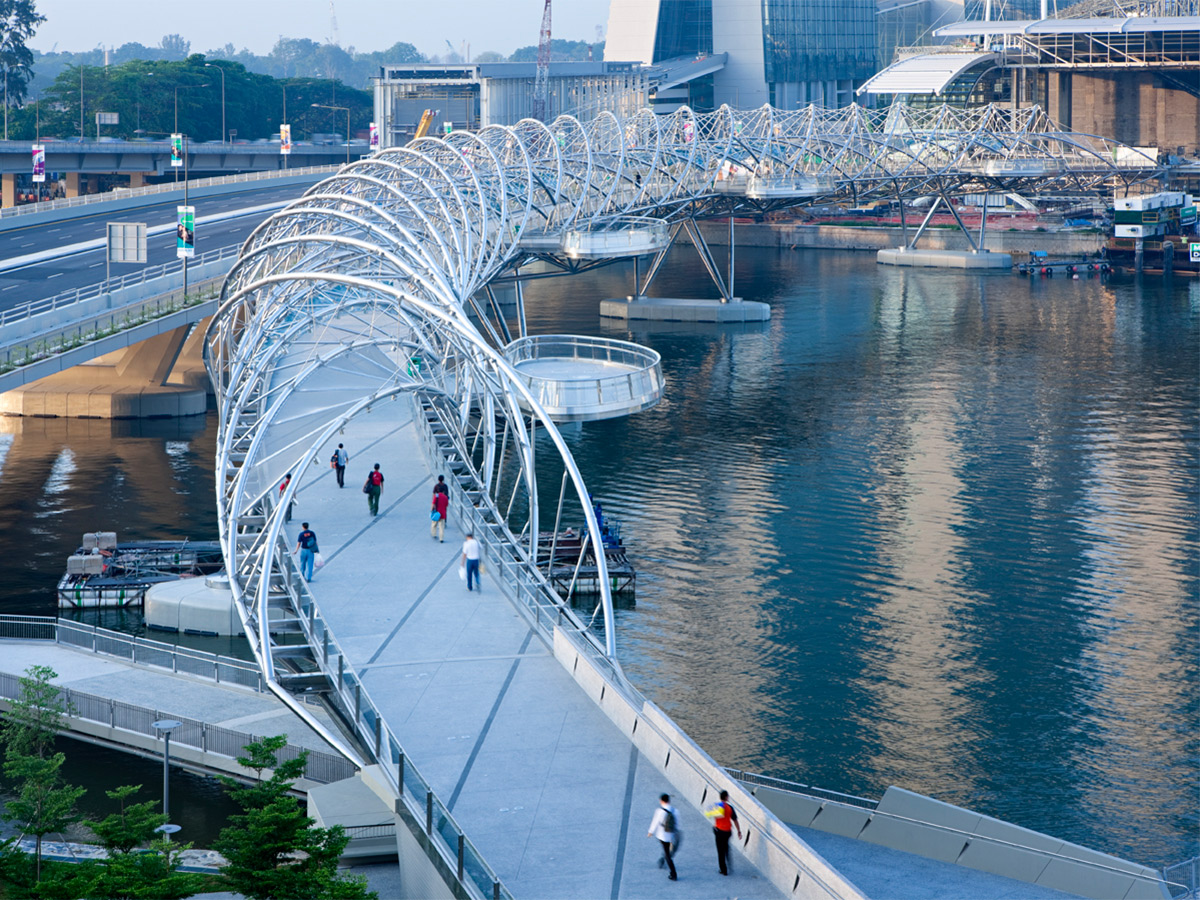 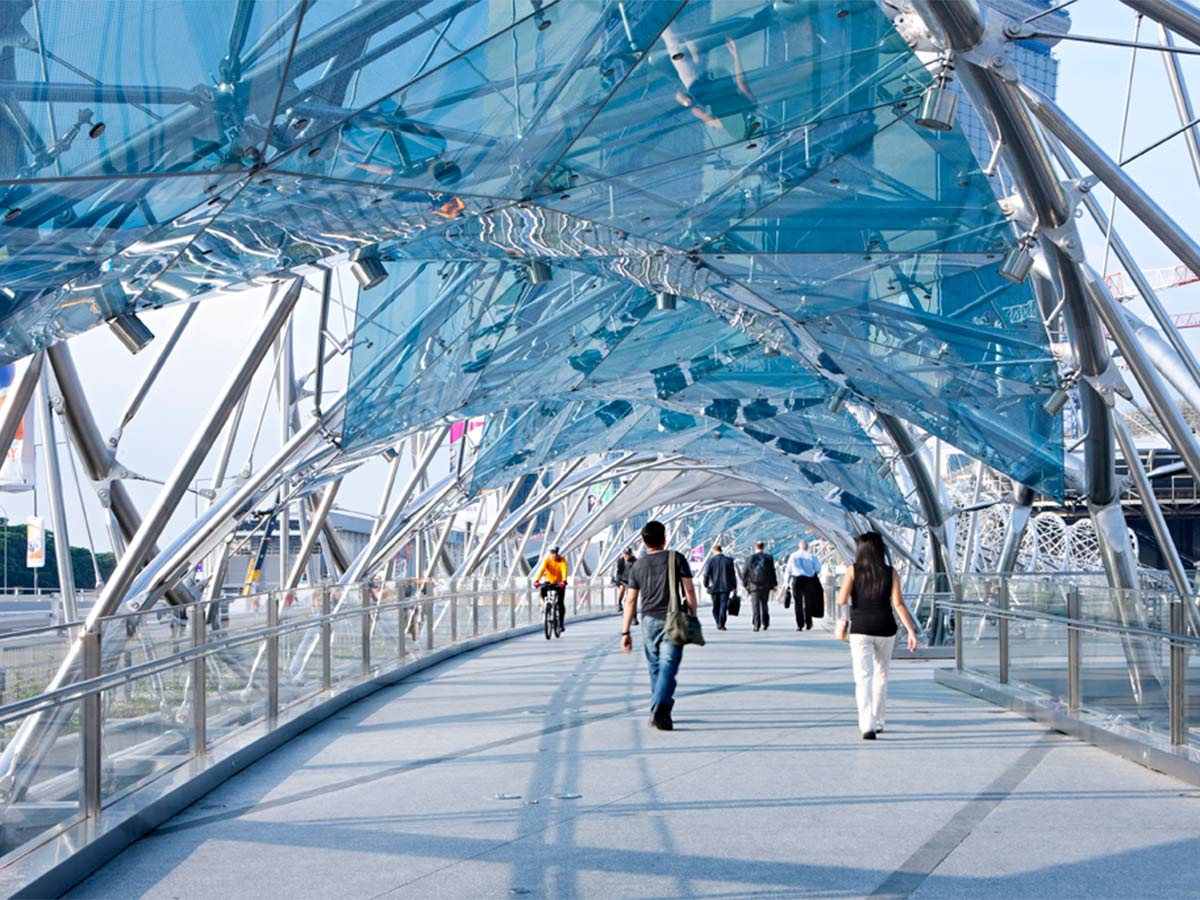 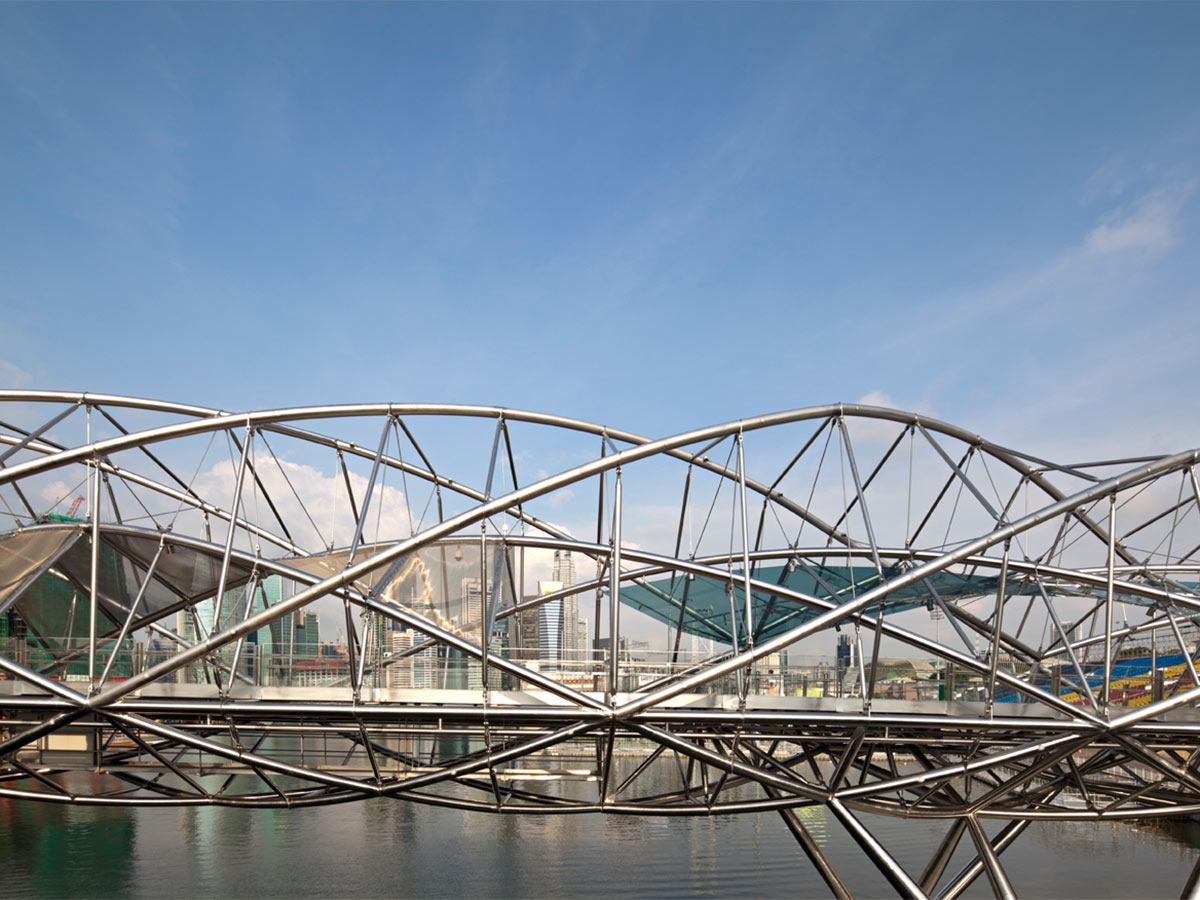 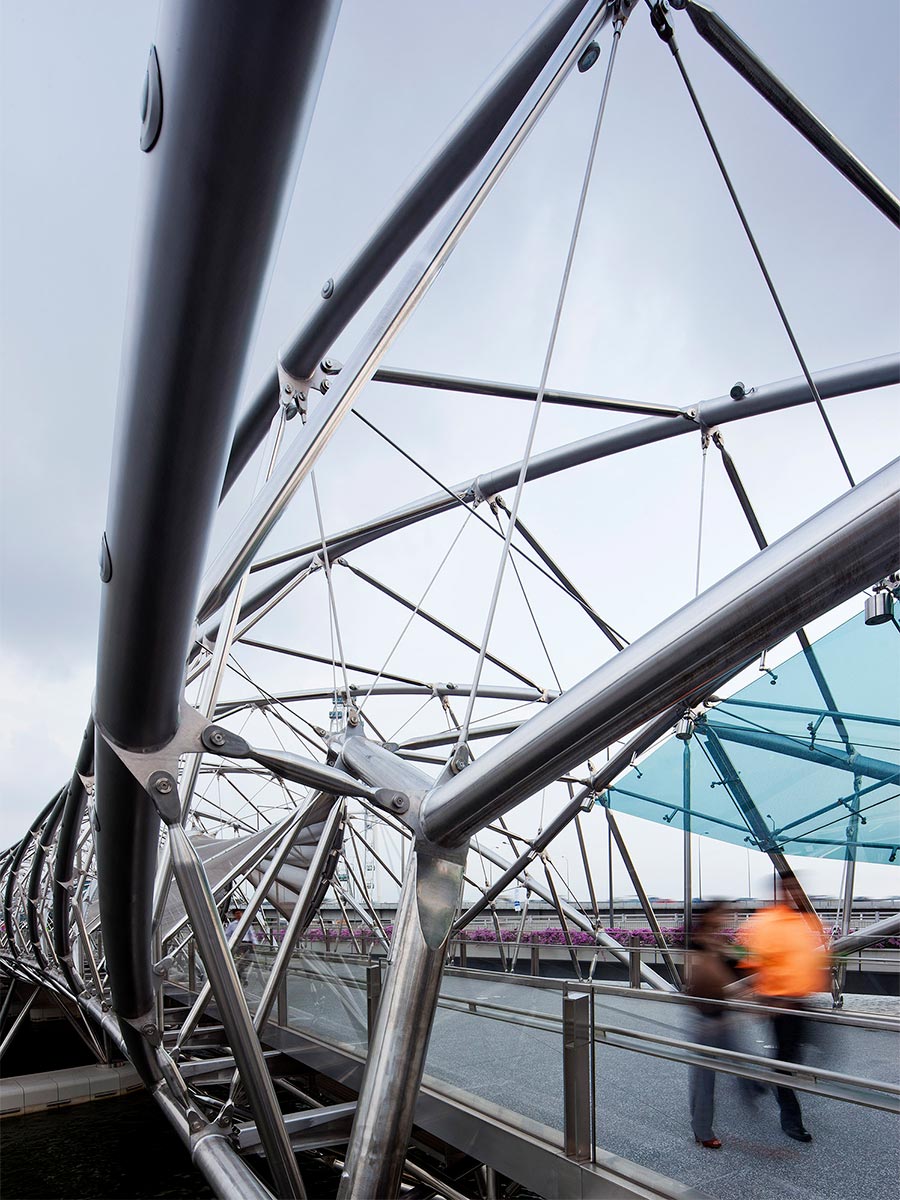 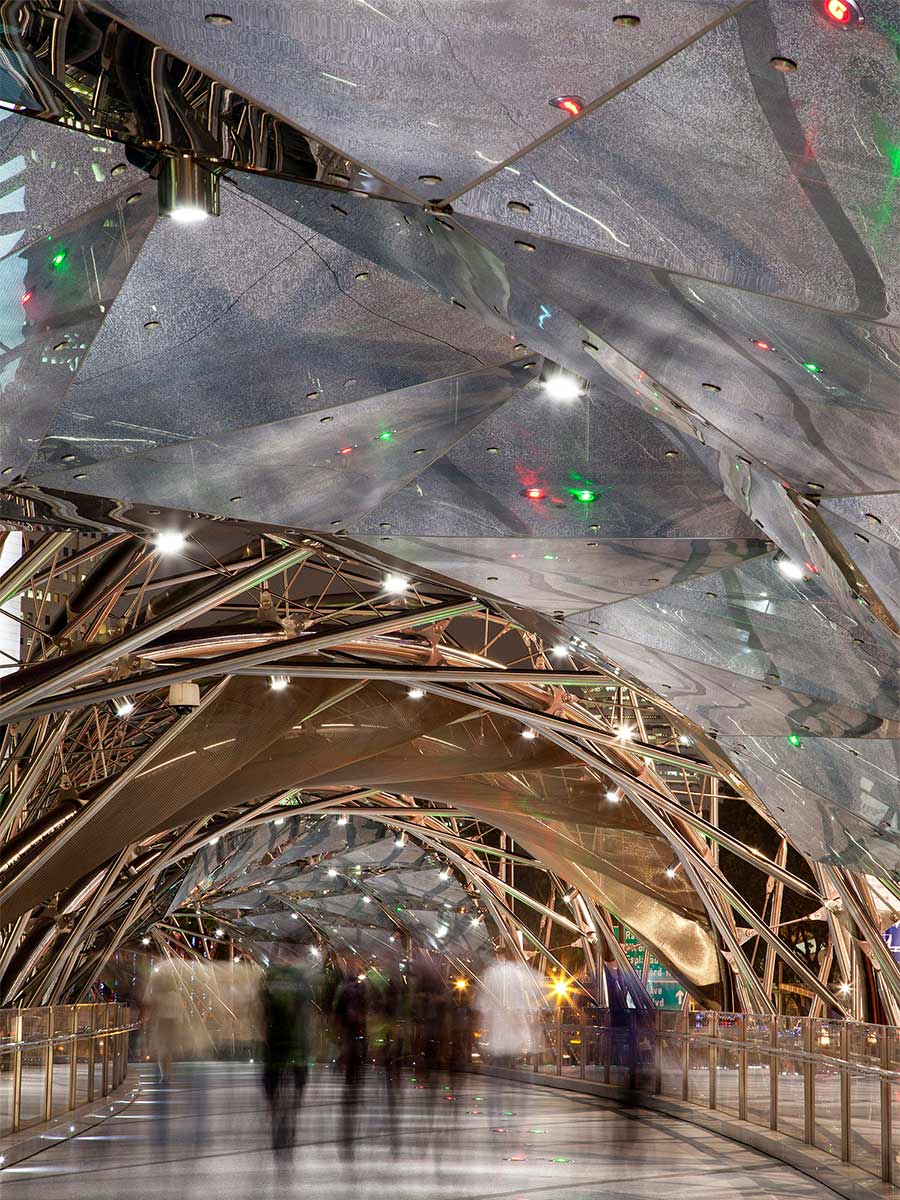 The Helix Bridge is named after the inspiration for its structure – the DNA molecule. Conceived by Arup engineer Tristram Carfrae, the structure solved the problem of a need to curve the bridge in plan and form a circle in section, the latter as a way of integrated deck and canopy. So inherently stable the DNA structure proved, it made a substantial saving in material than a conventional bridge, and the client decided to fabricate it in stainless steel. This enabled fine detailing of the segments and connections, and insertion of LED dot lights that accentuate the spirals at night. The structure comprises two continuous spirals running counter to each other. They are connected by thin struts which support alternated mesh and glass canopies, creating a dramatic atmosphere at night.

Michael Rayner was the Project Director for, and Jayson Blight was involved in the design of, Helix Pedestrian Bridge when working at Cox Architecture t/a Cox Rayner.