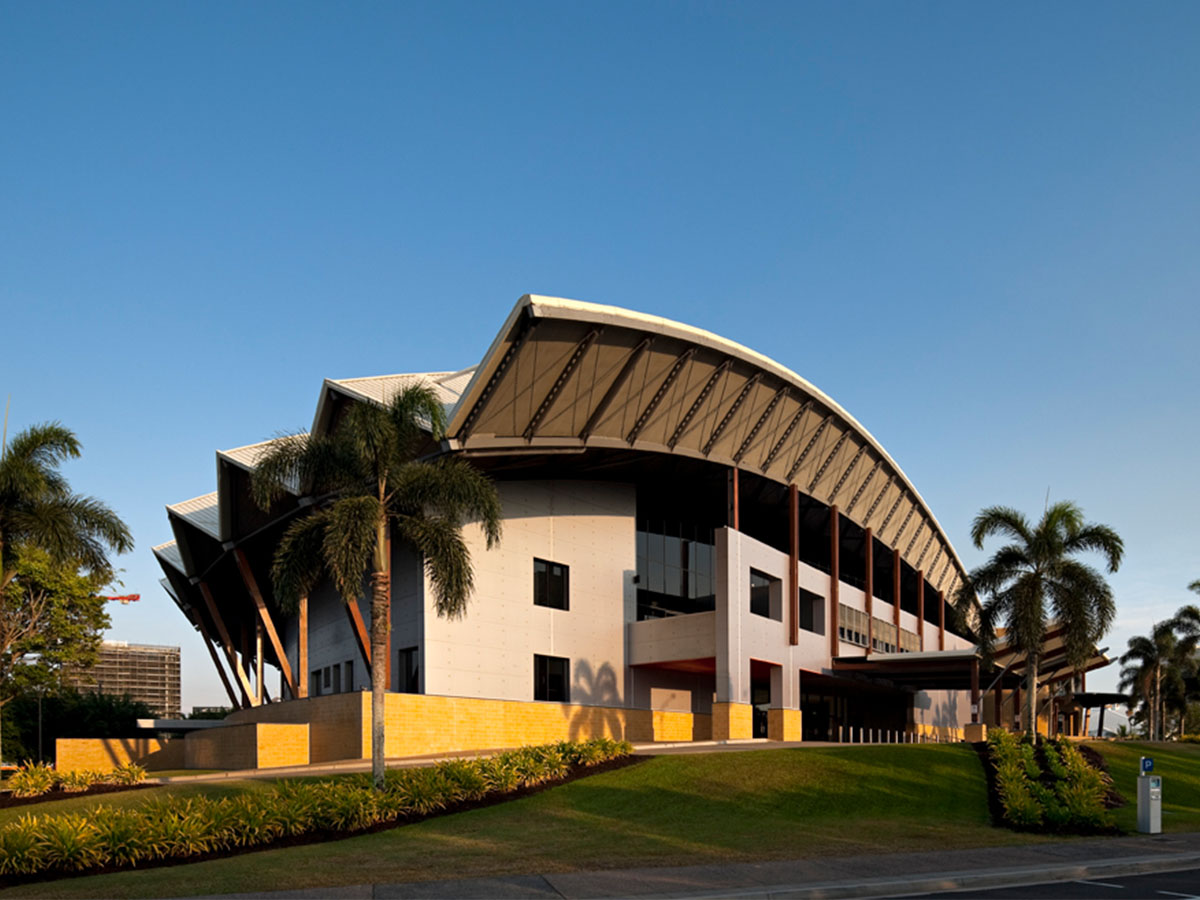 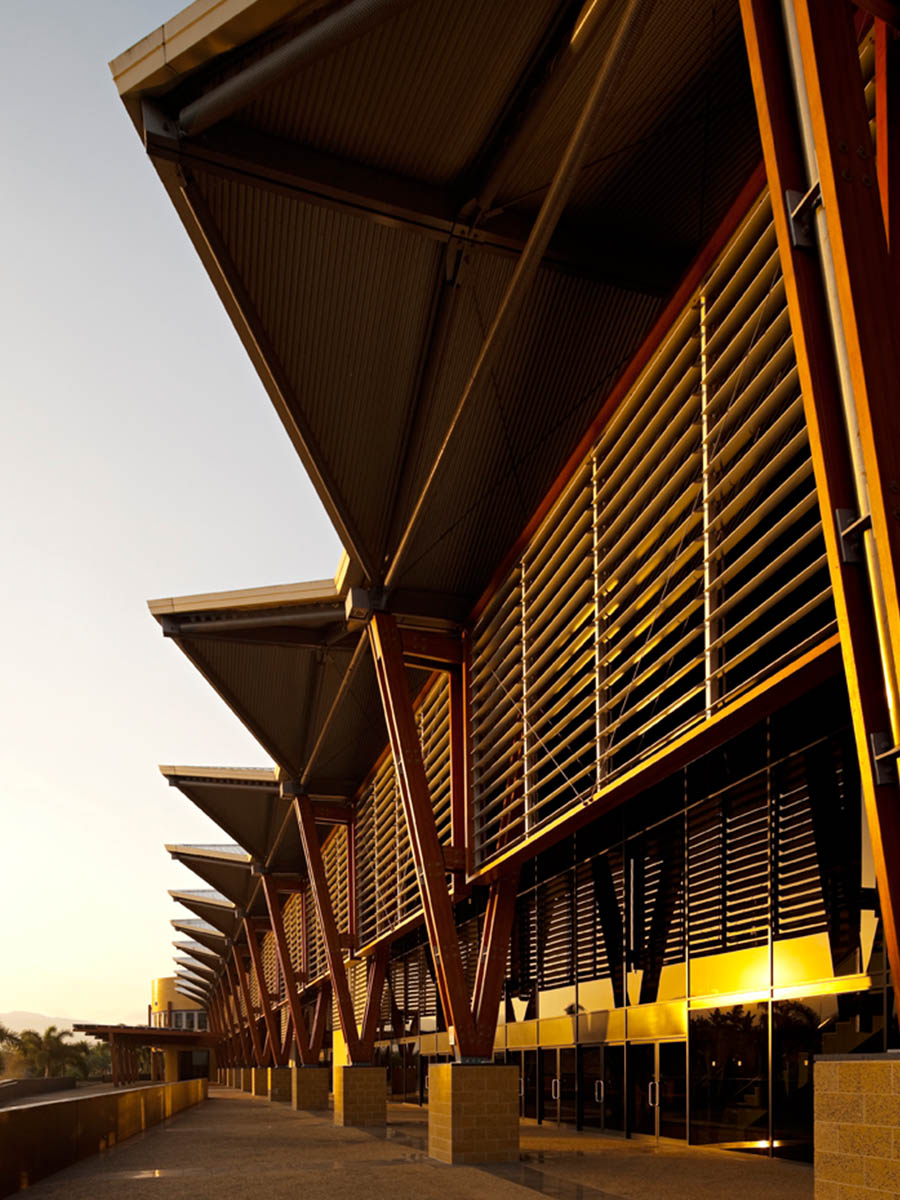 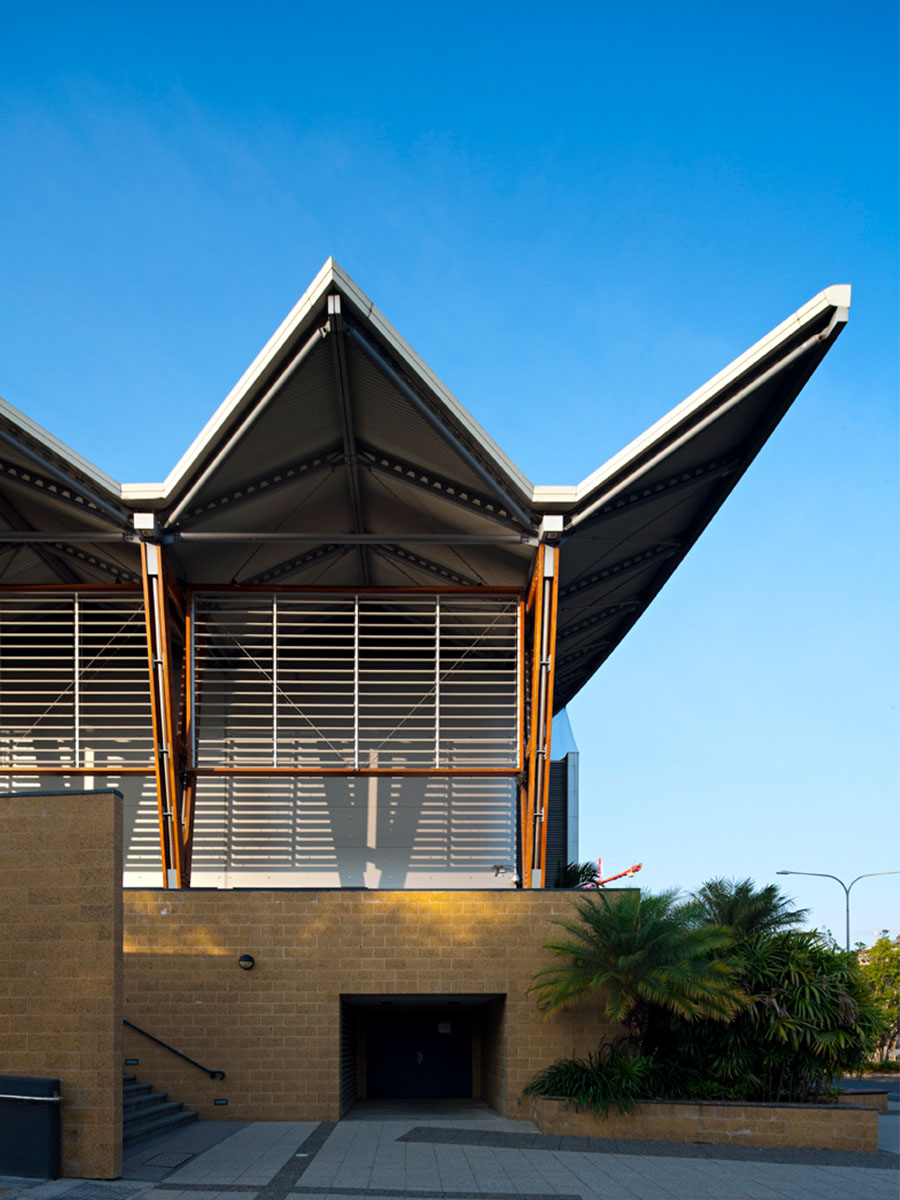 Cairns Convention Centre was Cox Architecture Pty Limited t/a Cox Rayner’s second major project in Queensland after the Brisbane Convention and Exhibition Centre. Its design as a timber-supported structure is based upon the tradition of large historic timber port and farming sheds in and around Cairns. The deeply serrated roof is a means of capturing torrential tropical storms for storage and reuse. This geometry also enabled the roof to rotate into a fan shape that orientates the front to Cairns’ waterfront. For its time, the Convention Centre incorporated several innovative environmental sustainability technologies, such as solar-responsive timber louvres and vortex rainheads that syphon water efficiently into tanks.

Jayson Blight and Michael Rayner were involved in the design of Cairns Convention Centre when working at Cox Architecture t/a Cox Rayner.