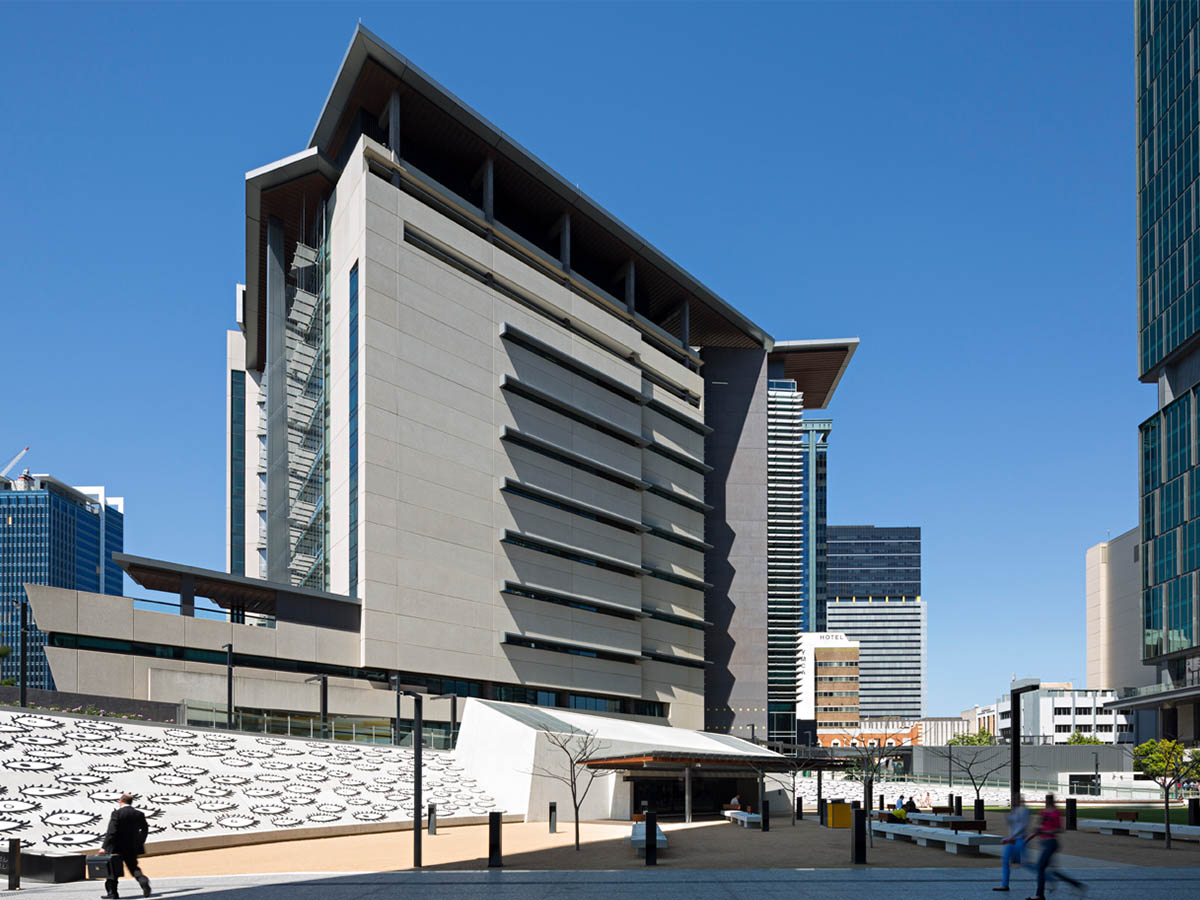 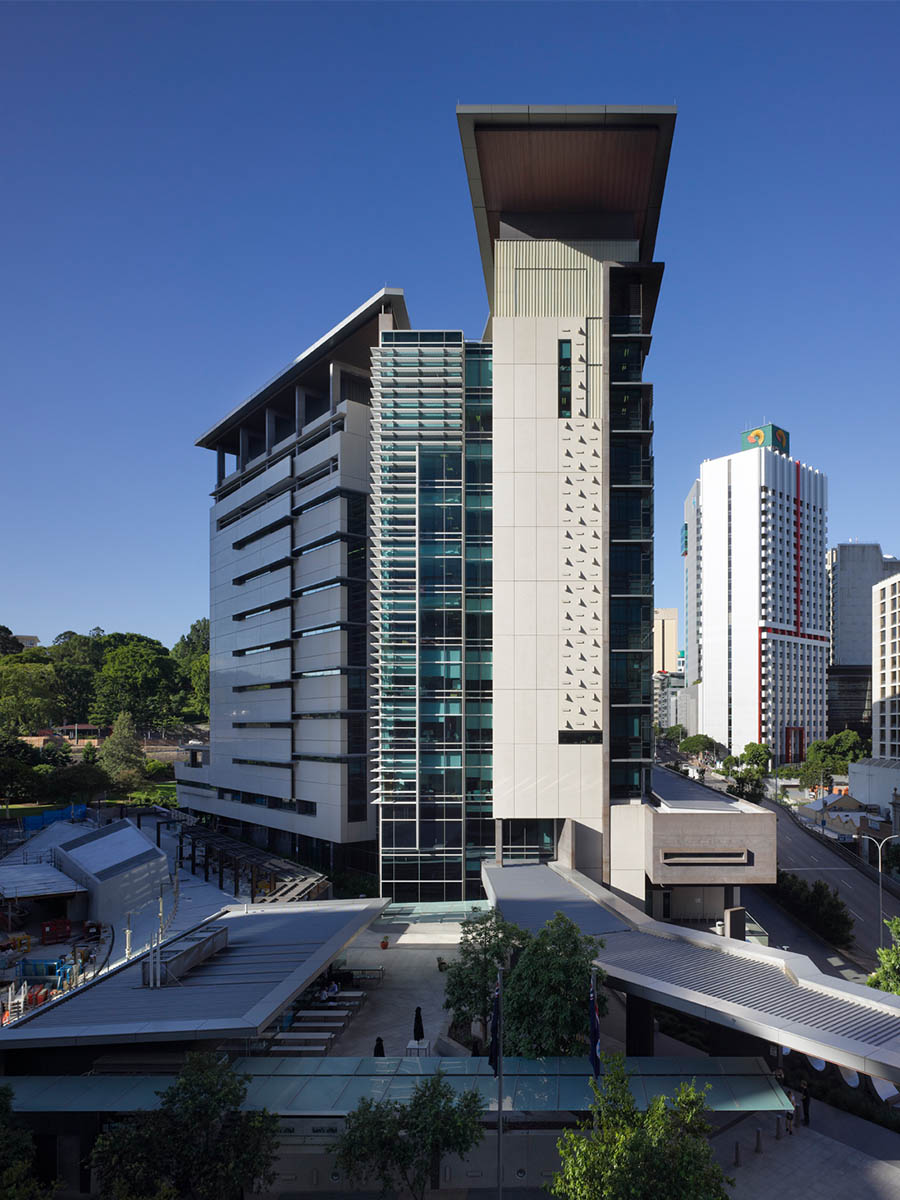 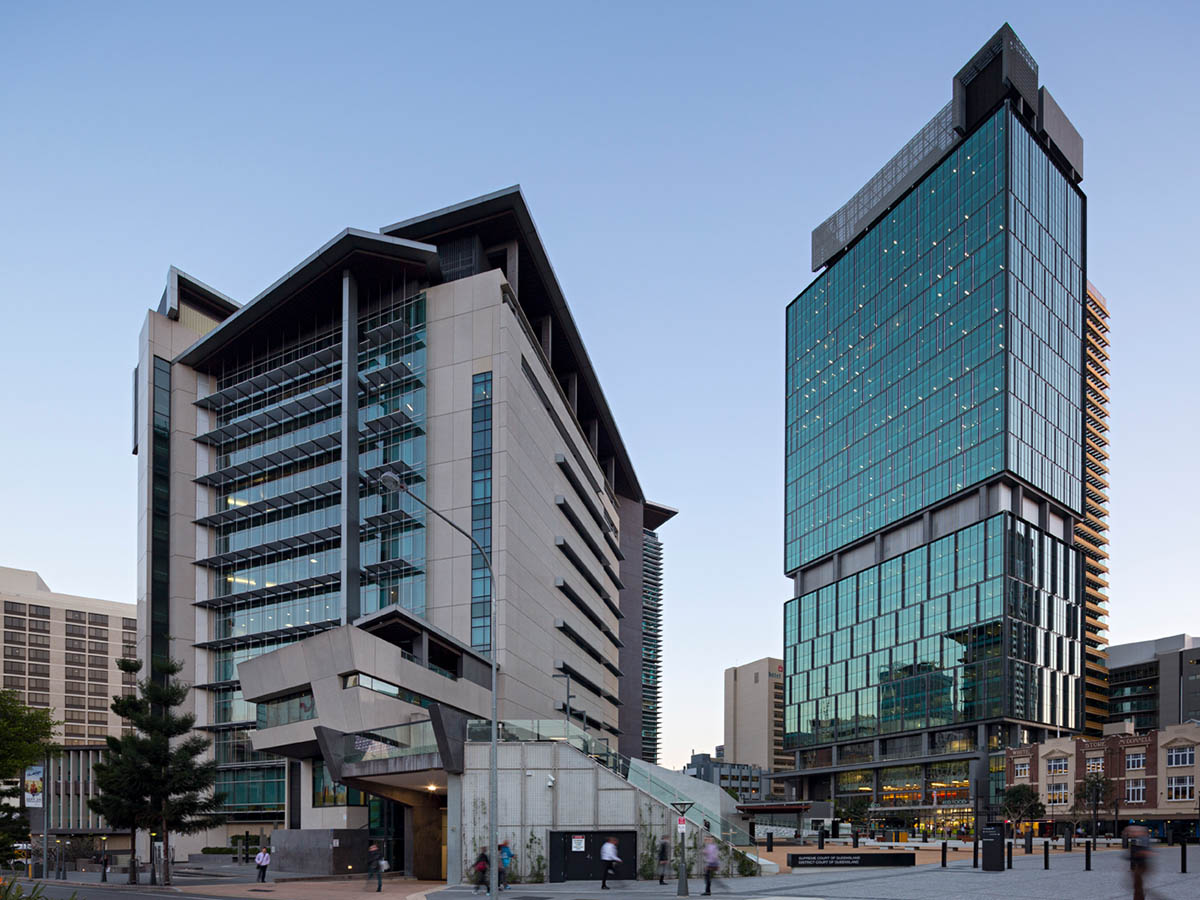 The triangular plan of the Brisbane Magistrates Court was configured to form a diagonal pedestrian bridge up into Brisbane’s Roma Street Parkland. It wasn’t completed but now, some 16 years on, is likely to occur. The triangular plan also opens up an internal public atrium to views of the parkland, with courtrooms forming edges to the other two sides. A narrow vertical aperture separates the sides and accentuates the main entrance. Several artists were involved in the design, one of their brief requirements being to respond to the raw materiality of the building. The office tower 400 George Street opposite was designed to form a couplet which acts as a gateway into Brisbane’s legal precinct.

Michael Rayner was involved in the design of the Brisbane Magistrates Court when working at Cox Architecture t/a Cox Rayner.