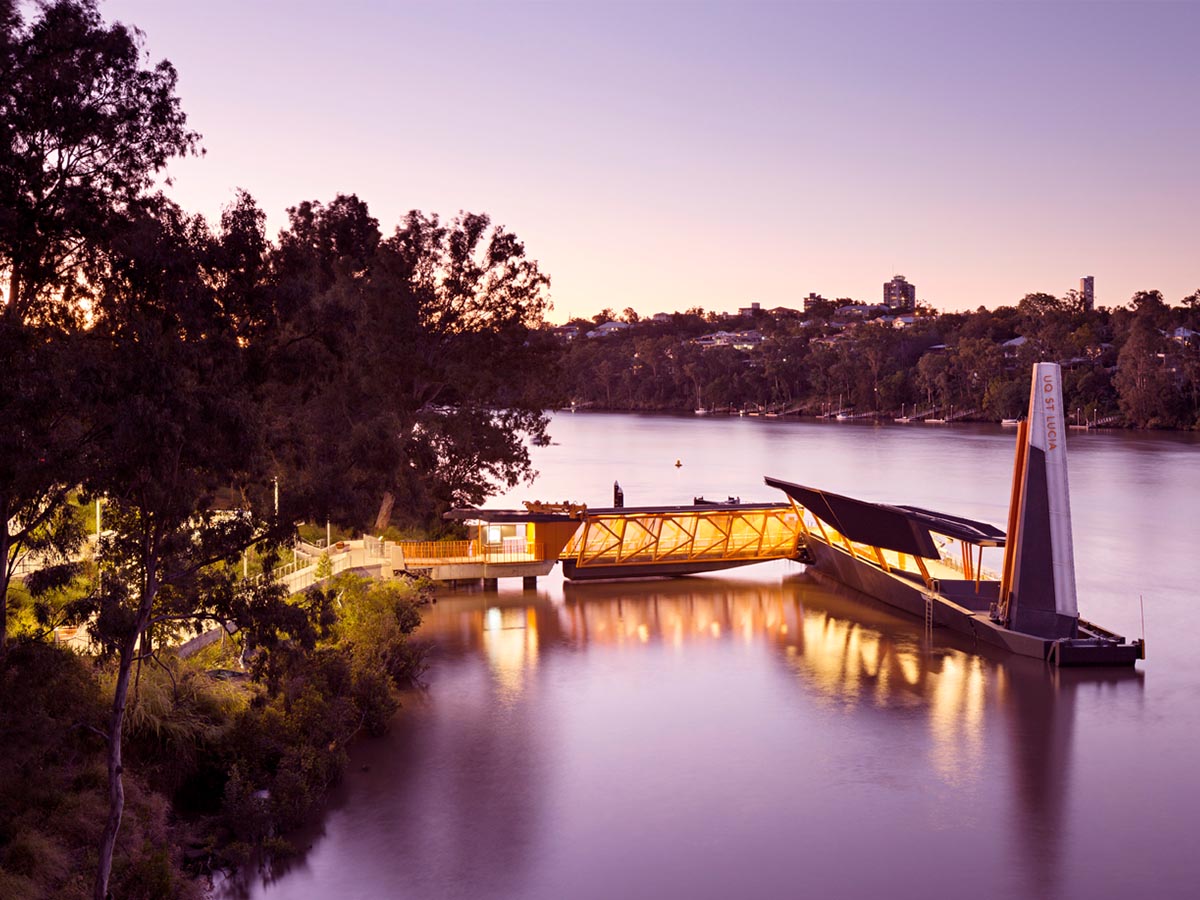 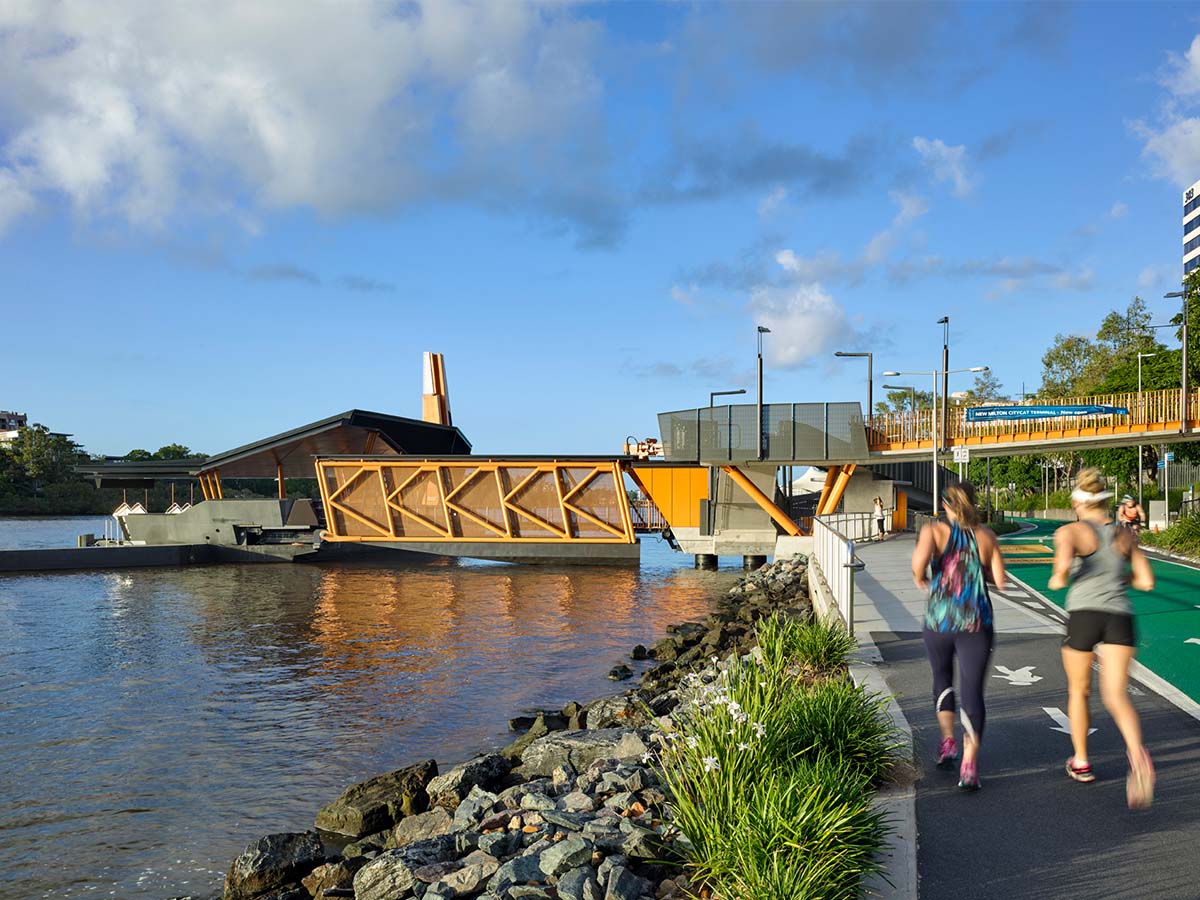 The seven ferry terminals are the most critical in Brisbane’s CityCat network. All collapsed in the 2011 floods, mainly due to debris accumulating behind the submerged gangplanks to the rectangular pontoons, pulling over their piles. A competition to find a flood-resilient solution resulted in a new approach of flexible parts – the gangplank able to float and swivel around on a hinge as the flood rises, a boat-shaped pontoon with a single pylon able to resist heavy impacts and deflect debris, with a stretchable anchor at the other end to stabilise the pontoon. Dispensing with the previous multi-pile structure provided space for a canopy, and a moulded surface of ramps and seating plinths. The architectural expression exposes the engineering parts as a means of instilling public confidence in the terminals during a flood, and the terminals have become as much floating public spaces in the city as transport hubs.

Michael Rayner was involved in the design of the Brisbane CityCat Ferry Terminals Revitalisation when working at Cox Architecture t/a Cox Rayner.